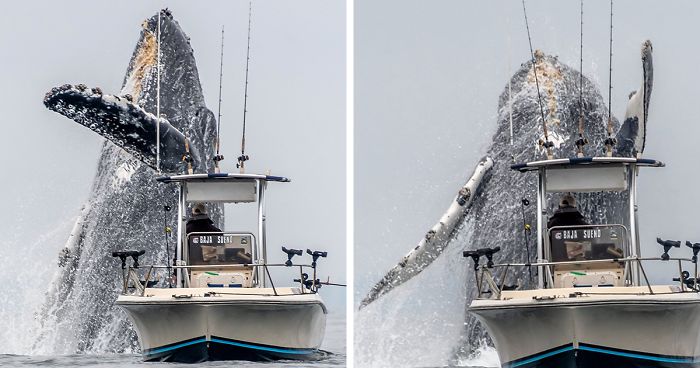 From time to time, nature shows itself in full splendor to remind us of how small we really are. This power has recently been captured in the Californian waters on Monterey Bay. The bay is home to many species of marine mammals and is on the migratory path of Gray and Humpback whales making it a popular whale-watching spot. 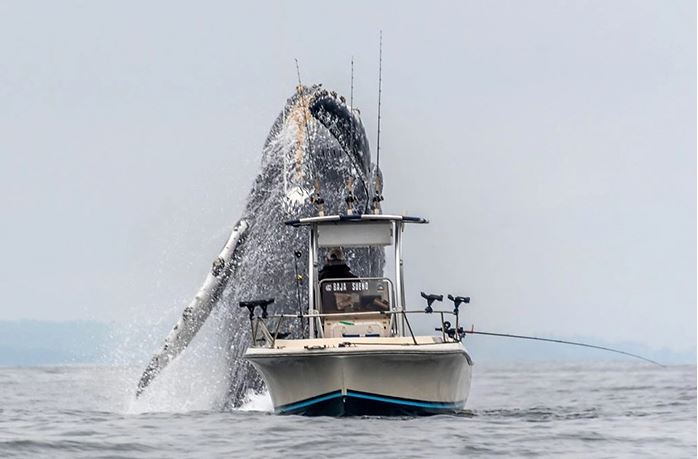 The amazing pictures and the video footage (which you can see below) shows the whale shooting up through the ocean waves close to an unsuspecting fisherman’s boat named Baja Sueno. “The whale is huge! If I’d been the fisherman, I’d probably need some new underwear,” the photographer who captured the incredible moment told the media.

The creature made the fishing boat look incredibly tiny in comparison 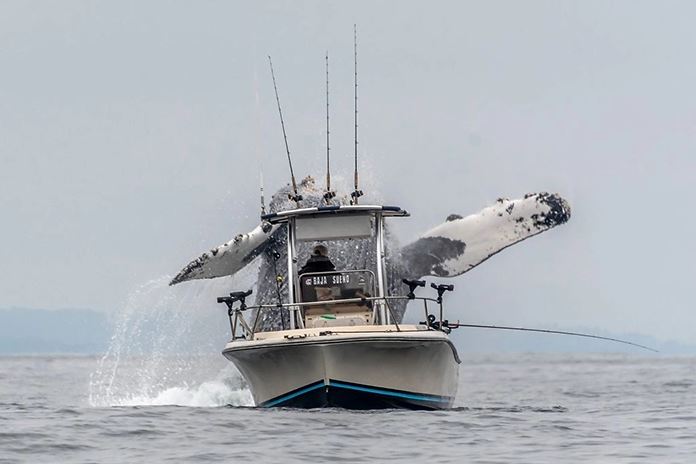 The photographer – Douglas Craft – took pictures from the porthole of another boat from an upward angle that made the sea animal look even bigger. “I went below deck to shoot from a porthole close to the water line. That’s what gives this amazing perspective of looking up at the whale,” Douglas told a news agency.

The awe-inspiring images have been captured by a photographer, Douglas Croft 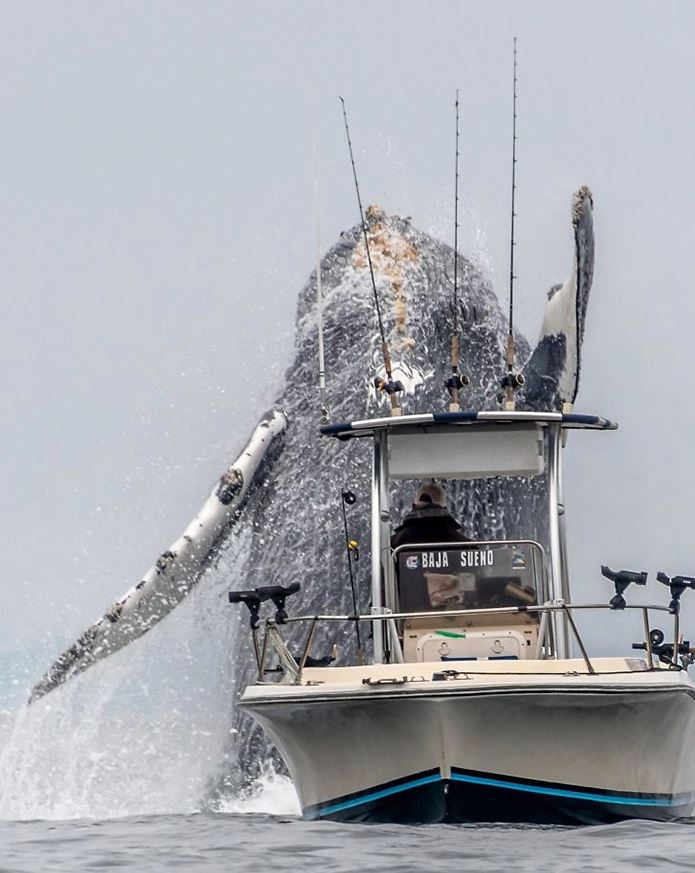 The photographer also had help from a whale watcher, Kate Cummings, who managed to capture a video of the whale jump in action. The whale watcher revealed to the media: “It was fun capturing this video. The whale had already breached multiple times much further away from the fisherman. But sometimes when whales breach multiple times, they’re also heading a specific direction when they’re underwater building momentum for the next breach. I figured the next breach would be around the fisherman because the whale was heading that way and sure enough! Though I didn’t expect the whale and the boat to line up so perfectly.”

Their size ranges in length from 12–16 m (39–52 ft). The humpback is known for breaching as well as other distinctive behaviors, making them very popular among whale watchers.

Watch the incredible footage below