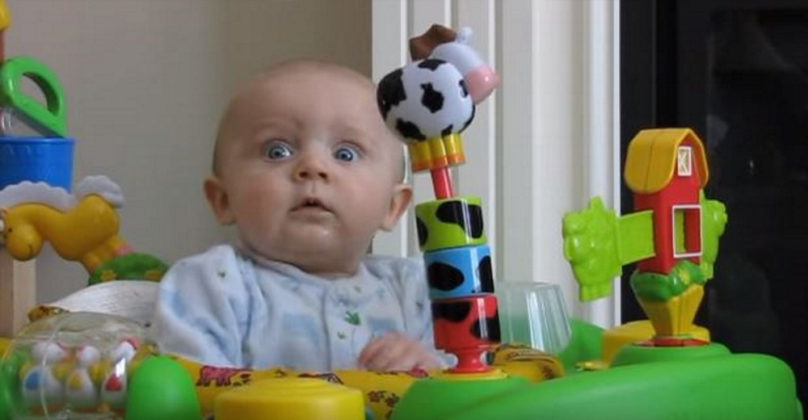 Babies often have the most expressive faces, which makes them a lot of fun to watch. No one can really tell exactly what a little baby is thinking, but their expressions usually give away their moods and emotions, and hilarity ensues! 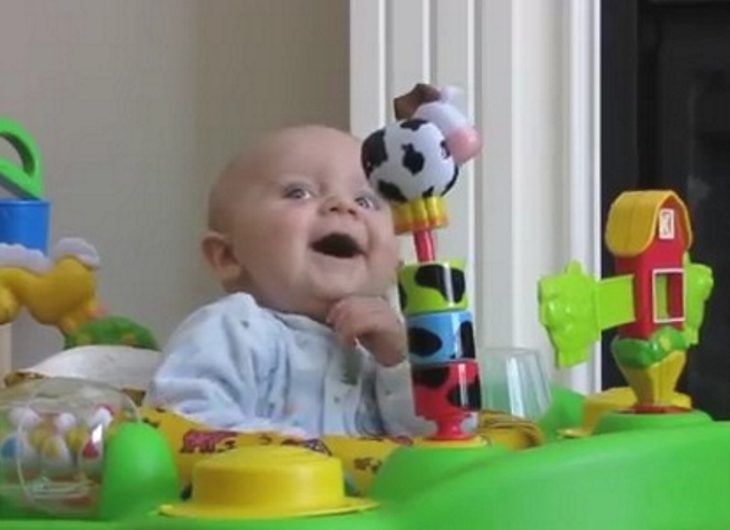 Emerson is one of those babies with a face that tells all. Usually, his huge wide eyes are glittering and gleaming as his mouth is upturned in laughter and giggles.

His smiles are infectious and his chuckles even more so, which means it’s impossible not to feel happy around this silly little kid! 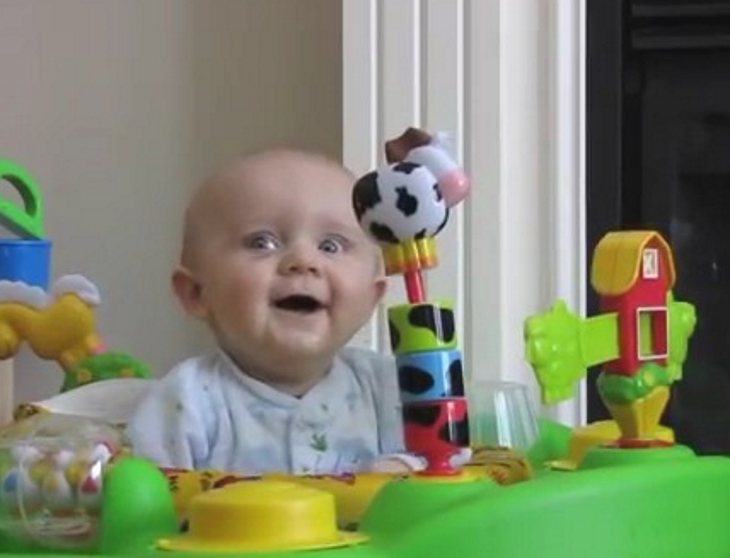 Today seemed like another normal happy day for Emerson, especially since he was hanging out with Mum! As he sat doing his usual giggles, Mum went to blow her nose. The second he heard those loud noises that came from her, Emerson’s entire expression completely altered. His eyes went even wider and he put on a shocked or even frightened look! But as soon as the nose blowing stopped, he began laughing again somehow. Weird!

Mum blew her nose once more, and the same thing happened – Emerson’s facial features shifted into the perfectly scandalized and horrified expression that could bring an entire audience to the floor in laughter. He kept changing between giggles and fright, and even Mum couldn’t quite figure out if he was really scared or not. Who knows what goes on in a baby’s head? Share away, people!

Simon Tells Audience He Hated Singer’s Performance Only To…