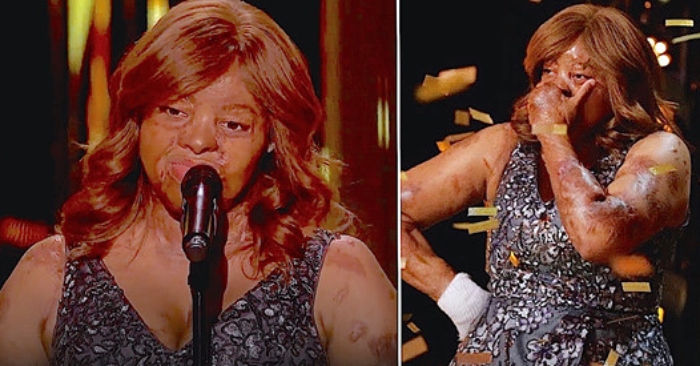 In 2005, Kechi Okwuchi was one of only two survivors of a horrific plane crash that killed 107 people. She was 16 years old at the time.

Kechi sustained third-degree burns across her body and underwent over 100 reconstructive surgeries. 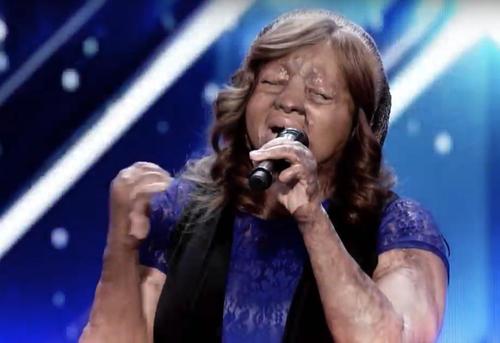 Four years after the crash, Kechi returned to college and graduated with honors. At that point, she had turned to music and singing as a way to cope with the trauma.

In 2017, Kechi first appeared on America’s Got Talent to share her story and talent with the world. Though she went on to become a finalist, Simon Cowell always wished he could have given her the coveted Golden Buzzer.

Kechi recently returned to the stage for America’s Got Talent: The Champions with a newfound sense of purpose and self-confidence. “This is my chance to follow my dream and I know what it means to actually be here right now,” she says. “I didn’t win last time and I feel like I have found my voice. This is my chance to prove I am a champion.”

Judges Howie Mandel, Heidi Klum, and Mel B. absolutely loved Kechi’s rendition of Calum Scott’s “You Are The Reason.”

But Simon, the toughest judge of all, seemed disappointed in her performance. “I’m going to be honest with you,” he admitted. “I didn’t really like it that much.”

Then he surprised everyone by standing up and reaching for his Golden Buzzer. Within seconds, Kechi was sobbing tears of joy.