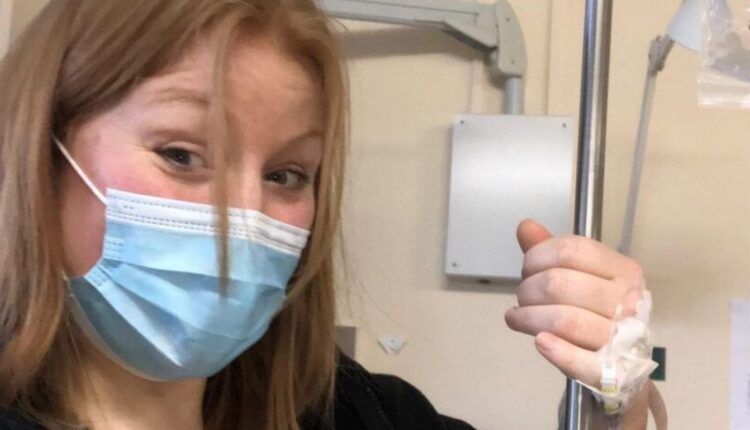 A doctor with a “giant heart and a beautiful soul” who worked draining 10-hour shifts while tackling coronavirus has sadly died.

Jessi Tucker, 40, was diagnosed with stage three melanoma skin cancer at the start of the pandemic but this was quickly upgraded to stage four as it has spread to her lungs, and doctors told her she could have just months to live.

According to friends her condition “deteriorated quite quickly in recent weeks and days” and she died at St Peter’s Hospice in Bristol on Friday evening.

Jessi, from Bristol, had been working 10-hour shifts on an A&E ward before her diagnosis, and five minutes before her GP called to tell her the lump on the top of her thigh was cancer, Jessi had been on the phone to HR attempting to increase her hours so she could work more throughout the pandemic.

In an update posted on a GoFundMe page yesterday, close friend Caroline Walker announced Jessi had died with her family by her side.

The post said: “I am sorry to share with you some very sad news in this update. Jessi’s condition deteriorated quite quickly in recent weeks and days. And last night, in the comfort of St Peter’s Hospice in Bristol, she passed away. She was with her family and at peace.

“Your beautiful words of support and generous donations meant so much to Jessi and her family over the past few months.

“Jessi wanted you to know that any outstanding funds from this fundraiser will be distributed amongst a small selection of her chosen charities, supporting those causes she held closest to her heart – healthcare, animals and nature.

“On a personal note, I would like to thank each and every one of you for your support for my dear friend, a special soul who touched more lives than we will ever know.”

A number of people took to the comments on the fundraising page to share their heartbreak upon hearing the news.

Did you know Jessi? If you wanted to pay tribute please email webnews@mirror.co.uk.

One said: “What sad news! I bless the memory of a devoted Doctor, who spent her life in the service of others, and was so much loved by so many. How great suffering she endured, with equal fortitude! We who remain can all learn something from her example.”

After being told of the cancerous lump in March last year, Jessi was rushed in for emergency surgery because her consultant was shutting his clinics down.

After the procedure she had to remove her post-op staples by herself as most clinics had shut throughout lockdown.

Jessi then started an immunotherapy, which caused bowels issues, skin irritations and joint pains. Due to her symptoms, her consultant took her off the treatment with the hope the surgery had removed her tumour.

But within weeks another lump appeared on her leg, and scans confirmed it was melanoma.

Further tests showed the cancer had spread to her lungs, and without trying immunotherapy again, doctors said she could have up to nine months to live.

By June the cancer had spread to both lungs and her spine, and close friend Caroline said “she is now focussed on spending some quality time with those closet to her in the weeks she has left”.

The GoFundMe page has so far raised more than £23,000. To visit the page click here.