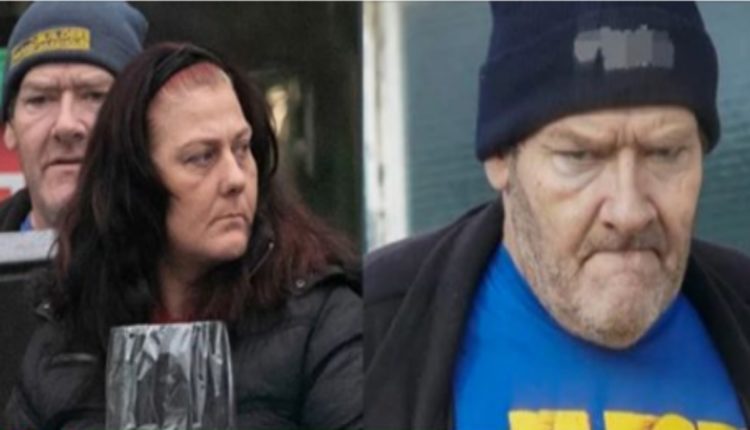 Karen Matthews is ‘planning to have baby with paedo fiancé’

KAREN Matthews is planning to have a baby with her paedo fiance, a former pal has claimed.

Evil Matthews, 44, jailed for faking daughter Shannon’s abduction, is engaged to paedophile Paul Saunders and the twisted relationship came to light after she was spotted flashing her engagement ring while the pair were out shopping.

She met her 57-year-old handyman fiancé when he did odd jobs at her home and he proposed over Christmas.

Back in 2010 he admitted engaging in sexual activity with the teenager, making indecent images of her and two counts of sexual assault.

But a former pal of Matthews has now claimed she is planning on having a child with her sicko lover.

The furious friends also says the twisted kidnap liar has lost lots of pals since her engagement came to light.

The friend told Sun Online: “The recent behaviour has shocked me.

“She knows about his past, she doesn’t care. She just doesn’t think that there’;s anything wrong.

“She thinks he’s the victim in all of this.

“Now she’s planning on having a baby with him. God forbid if they ever have a child.

She thinks he’s the victim in all of this. Now she’s planning on having a baby with him. God forbid if they ever have a child.

“She said she’s done it before – had a child to fix a relationship. She seems to have really gone off the rails recently.

“She’s alienated everybody and we were all quite taken in by her.”

It comes after we told yesterday that the twisted mum was offered £50,000 by a mystery donor to leave the country.

The 44-year-old was hand delivered a note with the offer after angering locals in the town in southern England where she now lives.

Matthews was jailed for faking the disappearance of her daughter Shannon in the hope of pocketing the reward money for finding her.

The £50,000 she hoped to receive is exactly the same as the money being offered to her to leave the country.

According to the Daily Star Sunday, the note, which was dated January 11, reads: “Dear Miss Karen or whatever you call yourself now.

“I speak on behalf of many people. I will happily give you £50k you still seem to be searching for.

‘SUCH A MANIPULATIVE PERSON’

The friend added: “She had a lot of people who said we won’t judge, we’ll judge her on what she’s like now.

“But she has really stabbed a lot of us in the back, hurt a lot of us.

“When she first met a young man we thought maybe she’ll settle down – none of us could’ve imagined about the man she is actually with.

“That she was the victim and there were other people involved.

“I have some people in tears about it because they’ve tried to help her so much.

“She’s such a manipulative person. She is a very, very convincing person. I just don’t want them to hurt anyone else.”

After Sanuders’ conviction in 2010, his victim blasted: “I feel like dirt. He makes me sick. I want him to pay.

“He should die. I hate him. I just want to get on with my life knowing that he will never be around here ever again.”

Matthews was caged back in 2008 for plotting to profit from a staged kidnap Shannon, then nine, in Dewsbury, West Yorks.

She was discovered by police under a bed at the home of Michael Donovan — the uncle of her mum’s boyfriend.

Baby, 11 months, drowns after falling into toilet while being cared for by her…

Baby, 11 months, drowns after falling into toilet while…