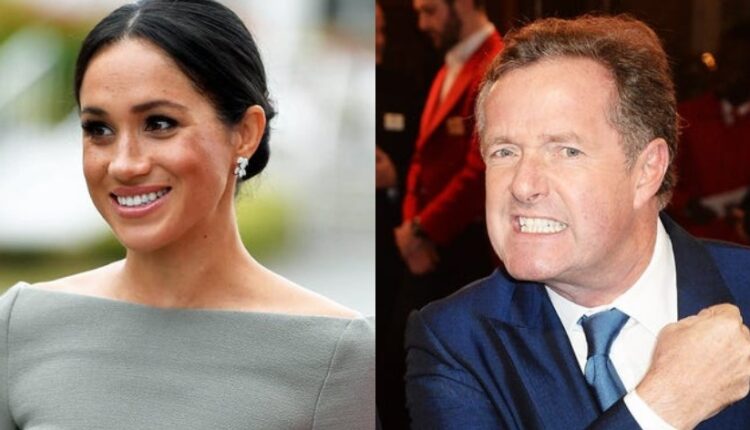 Piers Morgan blames Meghan Markle for his Good Morning Britain exit and has labelled her a “liar” in a fiery new interview.

The 56-year-old resigned from the ITV breakfast show in March after he claimed he didn’t believe all of the claims made by the Duchess of Sussex in a TV interview with Oprah Winfrey.

And more than two months on, he is still fuming about having to walk away from the high profile telly gig – and lays the blame at Meghan’s door.

In a new interview with 60 Minutes Australia, he explained that unbeknown to him, the Duchess of Sussex had complained directly to ITV bosses about his views, triggering a chain of events that saw him quit the show.

He says: “I didn’t know this at the time but Meghan Markle had complained to my boss at ITV on the Monday night.

“It was demanded I apologise for disbelieving her otherwise I would have to vacate my chair.

“I saw my job to hold them to account like I would to a government minister and for doing that, within 36 hours I had to leave the job.”

Piers Morgan has labelled Meghan Markle as a ‘liar’ (

“I’m sorry to call her that but she tells lies. We’ve demonstrated and proven that.”

In the programme, Piers took aim at Meghan’s comment about her and Harry secretly marrying days before their multi-million pound public wedding.

Her claim was later proven to be inaccurate, with the Archbishop of Canterbury, the Most Reverend Justin Welby confirming that no official documents were signed.

Of that particular mistruth, Piers says: “They were downright lies. I don’t believe a word she says. That [ceremony] would make the Archbishop of Canterbury a criminal.”

Most notably, he has said he didn’t believe her claims that she had struggled with suicidal thoughts while she was pregnant with baby Archie.

His comments sparked an on-air clash with Alex Beresford, but Piers snapped and stormed off set muttering: “I’m not having this!”

He returned to film the rest of the show, but quit the show just hours later after Ofcom received more than 41,000 complaints for his remarks.

As well as complaining to ITV, Meghan made a formal complaint to Ofcom about the effect his comments may have on the issue of mental health generally.

Telly fans were divided by Piers’ decision to make a sudden departure from the ITV programme.

Some have accused him of being obsessed with Meghan, and some have suggested that he’s simply bitter that they were once friends but drifted apart after she met Prince Harry.

Piers, who denies all those things, says his problem with Meghan is the “downright lies” she’s told.

He also told 60 Minutes that he stands by his decision, as “freedom of speech is more important than actually the Meghan Markle debacle”.