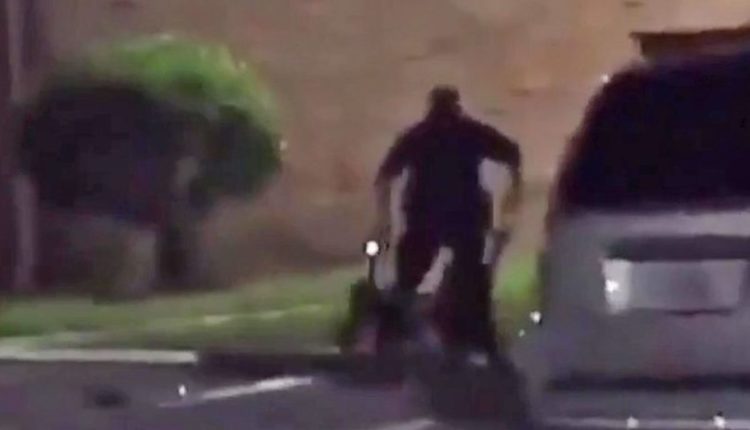 Woman shouts ‘I’m pregnant’ before being ‘shot dead’ by police

A woman can be heard shouting ‘I’m pregnant’ before being shot by police.

A video of the altercation between the woman – said to have been unarmed – and police in Baytown, Texas is being widely shared online.

The woman has not been identified at this stage but an investigation into the shooting is underway, according to US reports.

In the video, the woman can be heard saying that she is pregnant moments before being shot.

Baytown Police Department have released few details about the incident – thought to have happened last night – and have not confirmed if the woman was actually pregnant.

According to KHOU-TV, the woman was shot and killed by the officer.

Brett Buffington reported that homicide investigators were at the scene at the apartment complex where the shooting occurred early today.

In the video, posted to Facebook and Twitter by multiple users, the woman can be heard telling the officer she is walking to her house.

The officer who shot the woman appears to be the only officer at the scene during the incident.

The woman can be seen walking as she tells the officer he is “harassing” her.

The pop of a stun gun can be heard as the officer appears to fire his Taser at the woman. It is not clear if the stun gun hit the woman.

The woman can then be seen on the ground with the officer on top of her, trying to grab her hands.

The woman yells, “I’m pregnant,” and the officer steps away from her as she appears to be moving her hands near his legs.

As the woman sits up, the officer fires his gun five times and the woman falls back to the ground.

It is not clear how many times she was shot.