The truth always comes out in the end - Daily Net 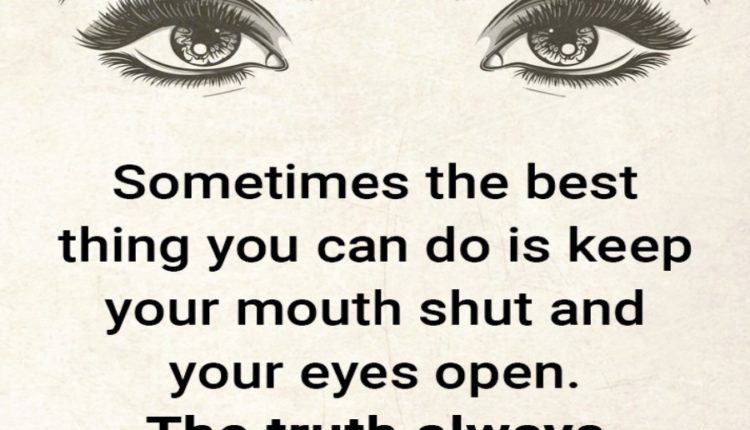 I ran into an old friend I hadn’t seen in over ten years. I met her through my ex-husband, whom she was a client of. We became good friends but over time we drifted apart. Upon seeing her again she was apologizing profusely for how she had behaved. We ended up getting together to talk and she explained how she had an encounter with my ex long after we separated which resulted in her having to call the sheriff. She told me she was really sorry she didn’t believe me. I told her I didn’t remember really talking much to her about my relationship with my ex and she said “no, you didn’t, but he talked about you.” Evidently, he was speaking very negatively about me to her and she believed the things he was saying. Many years later she had the opportunity to learn the truth.

There is a saying “The Truth Always Comes Out in the End.” Like cream rises to the top, so does the truth. We can only hide behind our lies for so long. Whether we are lying to ourselves, or lying to someone else, lies are still lies.

In many ways, we are all truth seekers. We want the truth! Even if there is an aspect of us that would prefer the lie, because it is easier, we still seek the truth. An example might be a woman whose husband is cheating on her. She wants the lie, because if she had to face the truth, her whole life would change, her family would crumble, her illusion would crumble. She would have to face something she may not feel ready to face. But in the end, she wants to know who her husband is. In the end, she wants to know he has been lying to her and spending the family finances on fancy dinners and hotels.

It takes courage to face the truth. Facing the truth is not always easy, but ultimately it is what we want.

On the other side of the coin, what if you are the victim of a smear campaign? What if someone you love or loved has an agenda which involves painting you in a very bad light? What if this person is so charming and convincing that their lies are believed and others begin to treat you badly? What if you lose your whole social circle, or even your family as a result of this smear campaign?

Our first reaction is to want to defend ourselves, but by the time you learn about the lies and the manipulation, the damage is already done, and the judgements are already firmly in place. There is really nothing you can do but keep your mouth shut and your eyes open. Although this can be painful, you have to trust that there is a higher order in the Universe that is always working for the truth.

In my counseling practice, I see this dynamic all the time, because I work with those recovering from narcissistic abuse. Narcissists are master manipulators and pathological liars. They will stop at nothing to get what they want, which includes masterfully gaining the loyalty of others through deception. 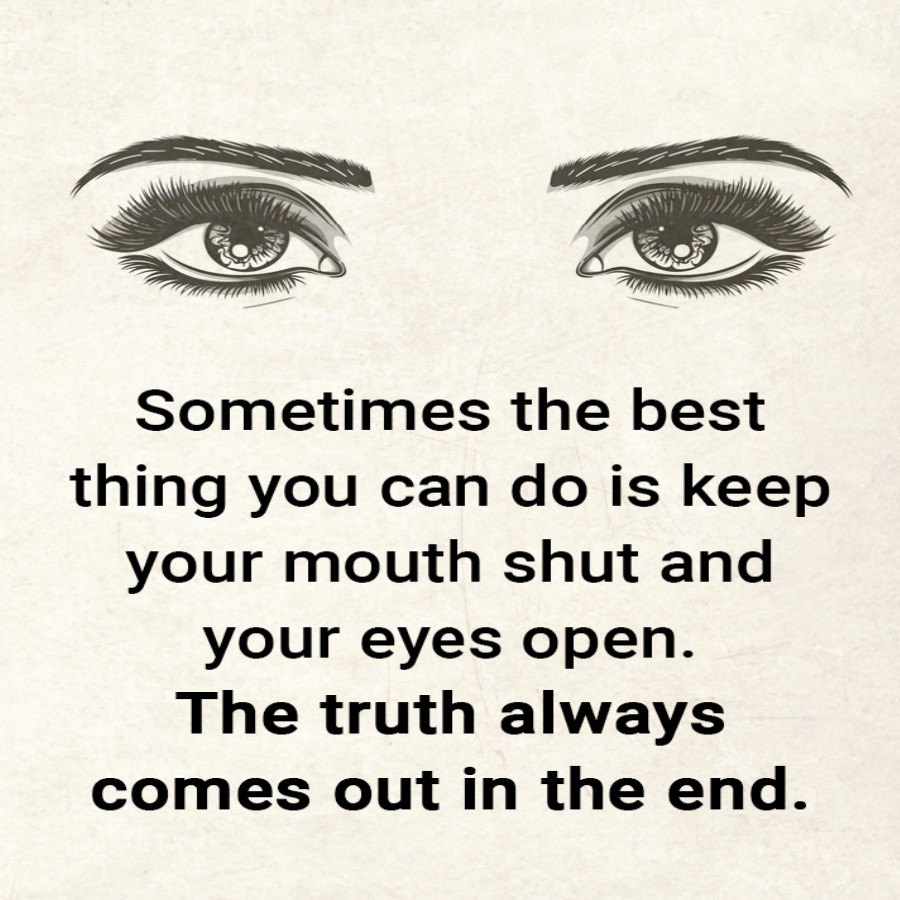 Many of my clients ask “do they believe their own lies?” People will often believe what suits them to believe. They will believe what supports their agenda. Yet the truth lies beneath the surface of their awareness, threatening to expose them. Their worse fear is to be exposed. Their worse fear is that others will discover they are the person they are accusing you of being. The more they fear that exposure, the more they target you, weaving even deeper lies and accusations. The deeper they go, the more the threat of being exposed looms overhead.

There is this thing called Karma. The simple explanation for karma is “what we do to others will come back to us.” Karma is both good and bad. If you are a kind and loving person who follows a “service to others,” path, the goodness that you give will come back to you. You will reap what you sow.

On the other hand, if you are a deeply troubled person who has a need to inflict your own inner pain onto others, the pain you inflict upon others will be visited upon you. You will reap what you sow.

There is no escaping karma. It is a Universal law. As I said before, there is a higher order in the Universe that is always working for the truth. And so, the truth will rise to the surface.

What about those who get away with murder, so to speak? Nobody gets away with murder! It is impossible. Just because one is not caught by the authorities and put in prison, they are nevertheless going to live their life in prison. Whether or not someone is a narcissist or sociopath who seemingly has no conscience, the truth is still there inside of them, eating them from the inside out. One who is guilty will be plagued by that guilt.

A serial killer is always running, always hiding, always living in fear of being caught. But he is also plagued by the faces of his victims. Whether or not he has a conscience, he can still be haunted by his actions. He still knows he is guilty. It doesn’t matter how sophisticated his lie is, the truth still festers within him. This is his prison!

This is true for all beings. No matter how sophisticated the lie is, the truth will always fester within. The truth always threatens to come out.

If you are one who has experienced character assassination and witnessing someone getting away with his or her lies, it is important that you align with the truth and trust in its power. The truth is the only thing that is real. Be patient. It takes time. Like a fine wine, the truth must often sit still. It lies in waiting. It waits for the precise right moment.

The truth is within each one of us. It is the “knowing” part of us that guides our footsteps. If we don’t listen to the truth, we live a lie and when we live a lie, our life cannot be happy or fulfilling.

Know that those who believe the lies are guilty too. They are guilty of blindly following without inquiry. The price we pay for such blindness is bigger than we realize. It is the price of our relationships, our connections that could be nourishing and beautiful.

When we align with false prophets, so to speak, those who spread the lies, we are nurturing false relationships. These relationships are neither real nor nourishing. They can survive only as long as the lie survives. When the lie is exposed the relationships fall apart. This is when the lie comes full circle. This is karma coming around. This is universal law. What we sow we shall reap.

There is a saying “The Truth Shall Set You Free!” The lie is bondage! The truth is freedom. Therefore, anyone who believes the lie is in bondage to that lie. Anyone who aligns with truth is free to live and thrive in that truth.

In truth we find our ultimate freedom and life itself is always moving us towards this truth. There is nothing to be gained in living a lie. Everything is to be gained from living in truth.

If you are a victim of an elaborate lie, align yourself with the truth and stay strong in that truth. You need not speak that truth to anyone, unless they sincerely seek it out and ask you for it. You must simply be the truth. It may be painful in the beginning when the lie infects your relationships. But stay strong in the truth. Let people believe what they want to believe. They pay the price for this belief, not you. It may seem you are the one paying the price, but you know the truth, therefore you are free.

You have committed no crime. You are not guilty! This isn’t your fault! You are not to blame for the lies another tells about you. Walk in your power! Walk in the truth! Do not feed the lie or buy into it. Do not defend against it. Stay steadfast in the truth and in the end, you will rise like cream to the top while those feeding the lie shall fall.