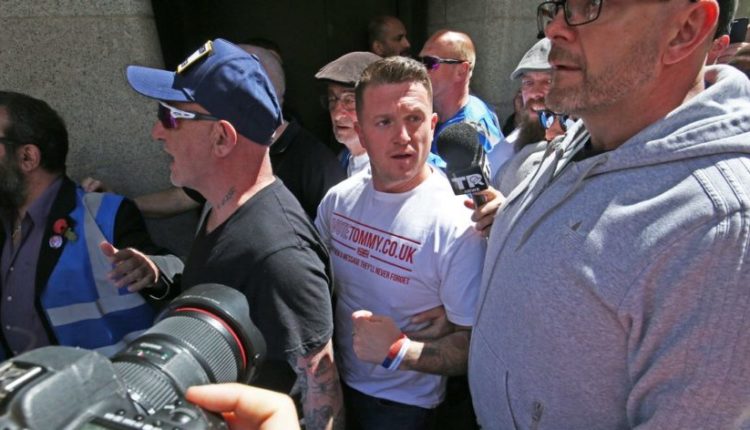 Hundreds of Tommy Robinson supporters have gathered outside a London court as judges prepare to hear an application for fresh proceedings against the far-right extremist.

The ex-English Defence League (EDL) leader made a brief speech to crowds, saying the case against him was “politically motivated”.

Pro- and anti-Robinson groups are trading chants, with shouts of “Say it loud, say it clear – refugees are welcome here” being drowned out by those singing the 36-year-old’s name.

Meanwhile, anti-Robinson protesters are singing: “Tommy Robinson you’re a fake. You can’t handle a milkshake. Tommy Robinson we know you. You’re a Nazi racist too.”

If the appeal is granted, Robinson will face fresh proceedings over an allegation he committed contempt of court by filming people in a criminal trial and broadcasting footage on social media.

Attorney General Geoffrey Cox QC announced earlier this month that it was in the public interest to bring fresh proceedings against the former EDL leader, whose real name is Stephen Yaxley-Lennon.

Scroll down for timeline of how case got to this stage

The first hearing in the new case is taking place before two High Court judges at the Old Bailey this afternoon.

It was due to take place in March but was postponed following a request by Robinson’s lawyers.

The far-right extremist sent a message to fans via one of his supporters shortly after addressing the crowds.

The message, posted to Twitter, read: “I’ve gone into court, the support outside is unbelievable. The establishment must be shattered that removing my social media hasn’t stopped anything.

“I’ll be out approx 4pm to tell you what happened and shake your hands. Please stay around.”

Robinson was jailed for 13 months in May last year after he filmed people involved in a criminal trial at Leeds Crown Court and broadcast the footage on social media.

It was filmed during one of a series of trials of a Huddersfield grooming gang, which was covered by strict reporting restrictions banning publication of any details until the end of the final one in September last year. 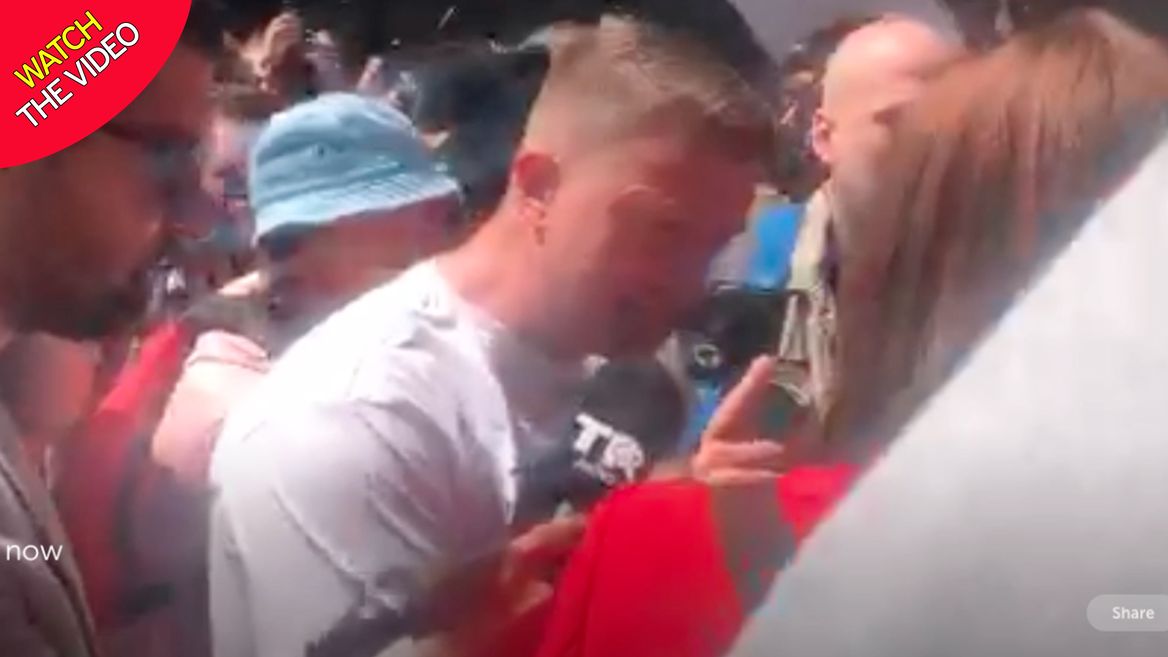 The video will start in 8Cancel

But a contempt finding made against Robinson was quashed by the Court of Appeal in August and he was freed from prison after serving two months of his sentence.

Recorder of London Nicholas Hilliard QC was due to hear the case at the Old Bailey, but referred the case to the Attorney General in October after receiving a statement from Robinson.

The 36-year-old, from Luton, could be sent back to jail if he is again found in contempt, which carries a maximum sentence of two years.

Robinson, who is standing for election as a Member of the European Parliament (MEP) for the North West Region in the European elections later this month, has previously vowed to contest the Attorney General’s decision.

Crowds of supporters gathered outside the Royal Courts of Justice and the Old Bailey for the previous hearings and Robinson made an address at the October hearing.

A statement from the Attorney General’s office on March 7 said Mr Cox had reached his decision based on an assessment of the evidence and whether it was in the “wider public interest”.

Mr Cox said: “After carefully considering the details of this case, I have concluded there are strong grounds to bring fresh contempt of court proceedings against Stephen Yaxley-Lennon.

“As proceedings are now under way, it would not be appropriate to comment further and I remind everyone that it is an offence to comment on live court cases.”