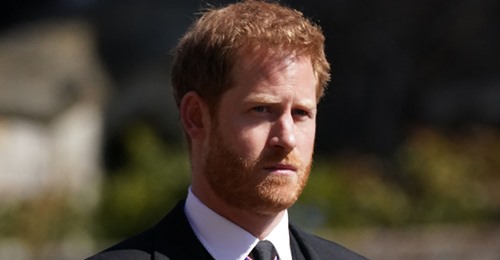 Three senior royals spectacularly shunned Prince Harry at the Duke of Edinburgh’s funeral, it has been claimed.

Princess Anne, Prince Edward and his wife Sophie appeared to blank him both before and after yesterday’s service, with the myriad cameras at the event not capturing any acknowledgement.

It is the first time Harry has set foot in the UK since he and wife Meghan Markle’s explosive TV interview with US chat show queen Oprah Winfrey.

During the two-hour tell-all, Meghan accused “the Firm” of “perpetuating falsehoods” about the couple and claimed one royal was “concerned” about how dark son Archie’s skin would be before she gave birth.

The interview, which screened in the UK last month, is believed to have increased the rift between the Sussexes and the Royal Family. 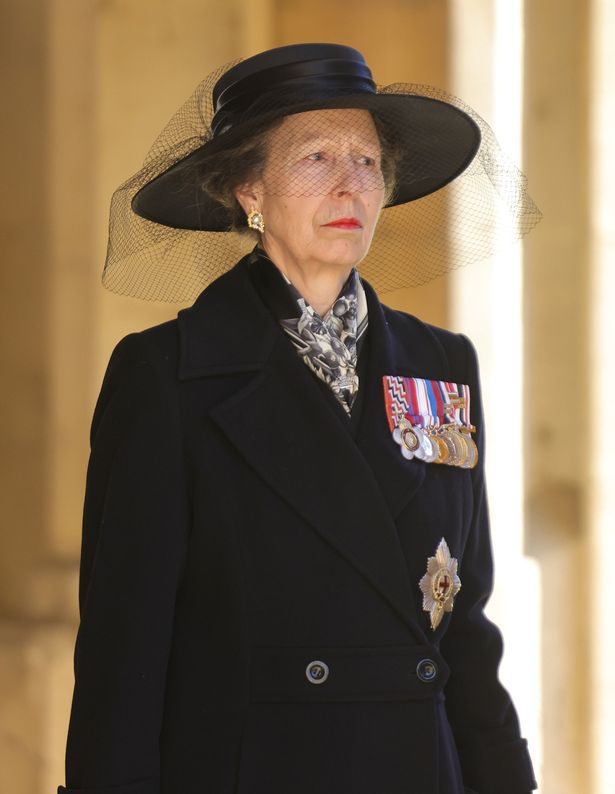 A royal insider told the Mail on Sunday Harry’s first visit to the UK since in over a year had been met with “a great deal of frostiness” from his family since he arrived last week.

And while the service in St George’s Chapel at Windsor Castle went ahead without issue, Harry’s appearance did little to heal the rift with some his relatives.

“They are very upset,” an insider told the Mail on Sunday.

“They are putting on a united front for the Queen. They all think he has behaved appallingly.” 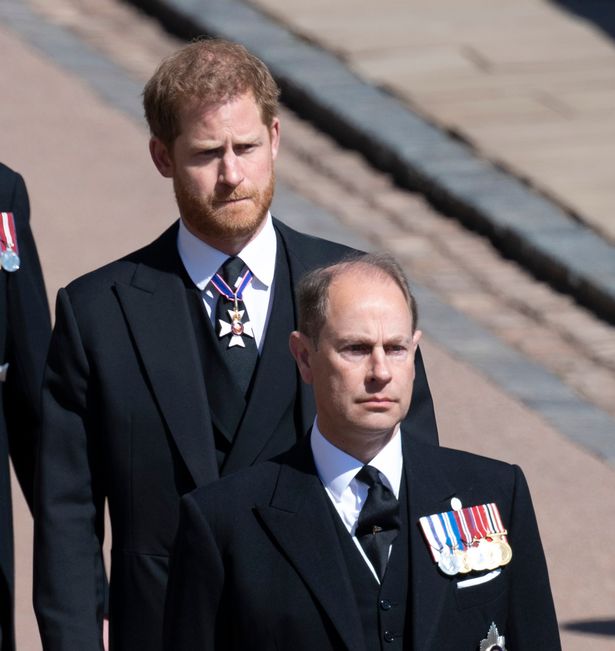 Not everyone has given Harry a frosty reception since his return.

While isolating at Frogmore Cottage – a wedding present from the Queen – Harry has been in contact with his brother Prince William, Princess Eugenie and Prince Andrew.

“‘Ironically the only one who has expressed any sympathy towards him is Prince Andrew,” a source said.

“He knows from Sarah Ferguson – and now first-hand – how it feels to be the outsider, which Harry very much is. 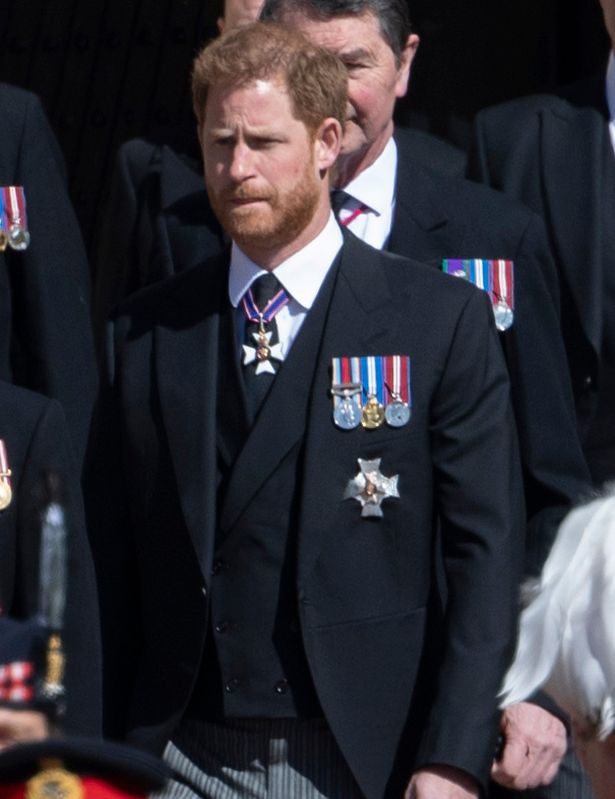 “As far as the others are concerned, there is a deep sense of protection towards the Queen and resentment towards Harry. There is little sympathy for him after what he and Meghan said on Oprah.”

They added: “He is thought to have seen Eugenie, most likely outside since she’s being strict with her new baby.”

William, who is believed to have asked cousin Peter Philips to stand between him and Harry during the funeral cortege, was spotted chatting with his younger sibling after the service – more than a year since they were last seen together. 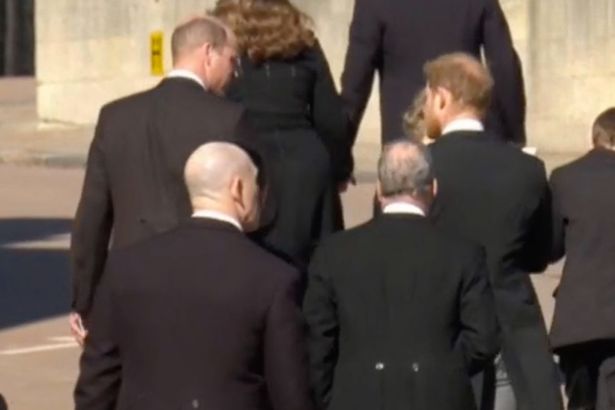 There are reports it was William’s wife, the Duchess of Cambridge, who acted as peacemaker between the brothers after speaking to Harry.

The sources also said that while a planned wake at Windsor Castle had been cancelled, Prince Charles hoped to spend time with Harry before his son heads back to his £11million mansion in Los Angeles.

“There has been talk that Charles will walk around Windsor with Harry to look at some of the tributes and spend some time together,” they said.