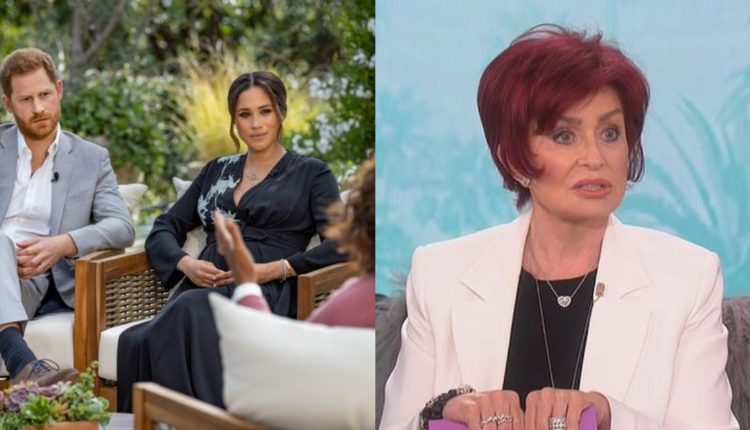 Sharon Osbourne has hit out against Prince Harry, calling him the “poster boy of white privilege”.

The former X Factor judge criticised the Duke of Sussex for complaining about being cut off from the Royal Family during his interview with Oprah Winfrey.

She said she doesn’t “feel empathy for Harry” as a “healthy, bright, educated young man” who is capable of being financially independent.

It comes after Sharon quit The Talk last month after she caused huge controversy for defending Piers Morgan over his comments about Meghan Markle.

Sharon addressed the row in a new interview on HBO’s Real Time with Bill Maher, saying she is not racist.

Speaking about Harry, Sharon said: “You know when they say white privilege? You know, right there with Harry. Right there. He is the poster boy.

“So you know, he sits there and says ‘Daddy cut him off and he’s not on the wages anymore’ and he was boohooing about it.

“You can’t feel empathy for that. Because you’re a healthy, bright, educated young man.

“You can do whatever you want to do. Your life is your own.”

Sharon also said that, like Meghan, anyone would struggle to join the Royal Family.

She continued: “I’ve been called so many things in my life. I am so used to being called names. But a racist is one I will not take.

“[The Queen] is from a different generation.

“They are notoriously non-huggy. I get it, because of her age. She’s from a different generation.”

On The Talk, Sharon had rowed with her colleague Sheryl Underwood over Piers’ remarks about Harry and Meghan.

Piers had said he didn’t believe anything Meghan said in the interview, including her admission that she had suffered from suicidal thoughts and was refused help from the Royals.

She denied Piers’ comments were racist, and then was later accused of racism towards her colleagues.