Some people are snakes - Daily Net 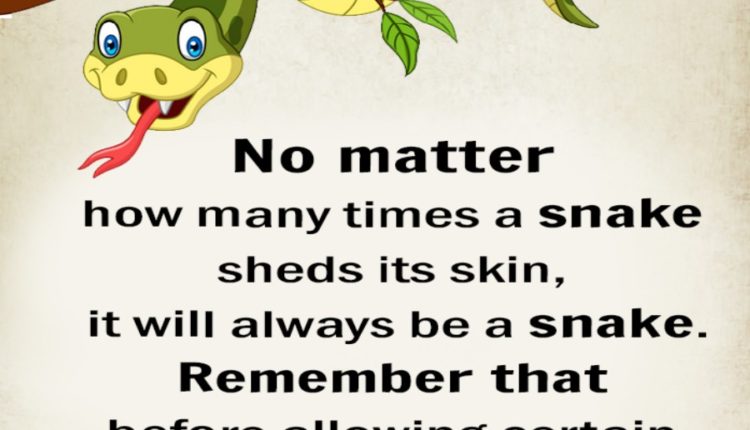 Sometimes you just have to build a wall and cut people off.

Instead of giving yourself more grief in the place of someone else’s baggage, maybe you need to cut them out of your life.

I just want to be free … live and let live, and live and let die. People come and go, if you’re not raising people up or people aren’t raising you up onto their shoulders so that you can see what lies ahead you’ll spend a lot of time looking at the ground, which leads nowhere on its own.

I keep my distance a lot. I try not to say but a few things to people.

That question doesn’t make much sense and it’s more of just like poetic thing, but how can you see if a friend is poisonous when they hide behind other people who end up being just as toxic?

I don’t even know if anybody can relate to this. I’ve had friends, girlfriends, and even family that I had to let go of, they hid in the grass and waited for the right time to strike. For a long time it hurt and felt like I was paralyzed, blindsided. It hurts when you love something so much and all it leads you to in the end is hate.

But eventually you get up and you can stand. You can even cut the grass, build a wall or a tower from your own will and from there you can see snakes from miles away.

Or you can submit and just lie down to be consumed by the serpents.

Have you ever been around a “friendly” and “charismatic” person
who only causes problems?

Were you tempted to make excuses because of their likeable persona? 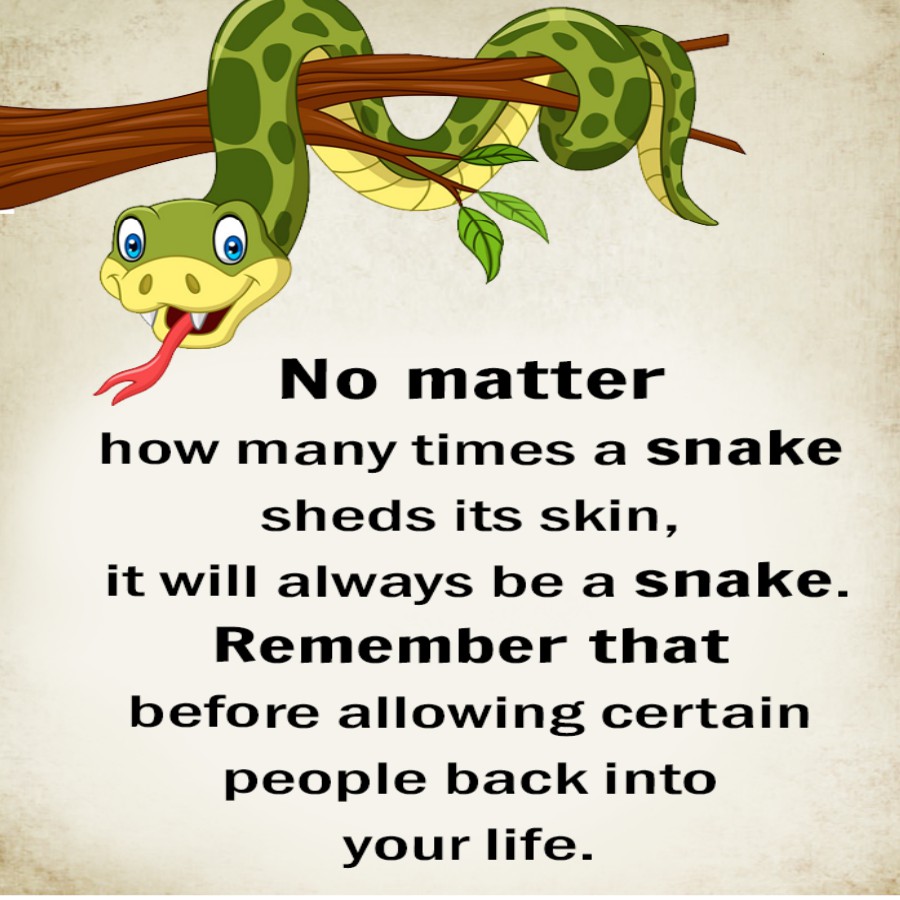 Did their words never match up with their actions?

If so, you’ve just identified a snake.

Just because people are friendly doesn’t mean they’re your friends.

The greatest enemies in your life will often be people who have been close to you. You can’t trust anyone unconditionally because they’ll switch up on you much quicker than you expect.

Relationships have to be mutually beneficial. Everything doesn’t need to be tit-for-tat but if someone is causing you to bleed value then you have to erase them from your life.

It’s rare for someone to tell their true intentions to your face.

People will undermine you in subtle ways because it’s plausibly deniable.

A Fake Friend Reveals Himself When You Pay Attention To Actions Over Words
As soon as you apply this way of looking at the world to your own life, everything will change. Everyone’s motivations become blindingly clear to you.

(No matter if you’re dealing with a man, woman, friend, or foe).

Words mean next to nothing. It’s all about tone, body language, and moves executed.

Trust when warranted, but verify.

Nobody deserves a free ride on your back. Altruism is ok when it doesn’t arise out of misguided obligation.

People Tend To Rationalize Their Own Exploitation
Nah man, I haven’t fucked her yet but she enjoys my platonic beta attention so it should happen any day now…

Everyone has emotional needs, and they use various methods to get them met.

Do you really have that much free time and lack of options? Only a loser lets himself become part of a chick’s stable of orbiters or a sycophant to a winner.

I digress. You simply have to know who you’re dealing with.

People are often nothing like their social masks. Gaining life experience causes you to see through much of this fake posturing.

A lot of people may have charisma, but zero substance beneath the facade.

Tired of dealing with snakes?