Some friends are snakes - Daily Net 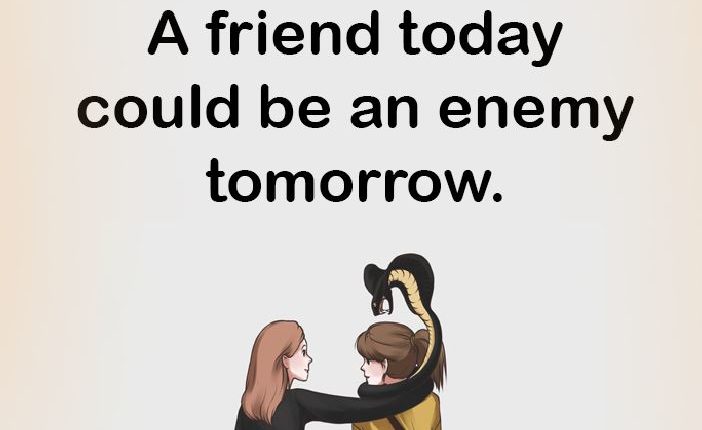 Some friends are snakes

One moment or the other, we all have been let down in life by our friends. The constant nagging and leg-pulling may sound appealing to some, but for most of the people, that sort of attitude is toxic. The secret to a happier and positive life is deleting these unhappy elements as early as you can.

The trickier part is to identify the real snakes that surround you. But don’t worry, we’ve got you covered! Here are the signs which help you identify the beghairats which should be kicked out of your life.

1: “Haha, anyone can do that shiz!”
Have you ever shown something to a friend and later been told that it’s nothing special? Well, then you better read this carefully! The secret to every healthy relationship in the world is mutual appreciation. If the other person doesn’t appreciate you at all, it either means;

-You aren’t important to them

-You actually do suck!

Either way, the situation’s pretty bleak for you, my friend.

2: They do things despite being told not to:
If you’re telling a friend that you’re not cool with something and they continue doing their un-cool stuff, that’s a red flag right there! A healthy friendship always centers upon knowing the limits. If someone’s constantly encroaching on them and irritating the hell out of you then it’s wrong to blame yourself for it. Everybody has their own limits defined by themselves and it is up to our friends to respect them. If they don’t, just cross’em off the friendlist!

3: They let you down in front of others:
We all act differently with the plethora of people that we know and meet. To explain this phenomenon, scientists from Outtathisworld University of Fake Researches presented the Law of Relative Frankness, which states:

“Our relative frankness with someone is directly proportional to our friendship with them.”

But just because you are frank with one person and are fine with having a couple of laughs at your expense in private with them doesn’t mean you’re fine with being ridiculed in public. We all have a personality to maintain in front of others. So, if your friends hurdle you in keeping it and are always on the lookout to embarrass you, then you’re definitely in a toxic friendship.

4: “Kya ho gaya? Mazak kr raha/rahi hoon!”
How many times have you heard this sentence? Sucks, doesn’t it. If you’re the center of every joke in the group and are expected to take it all calmly and laugh along, then this might just be for you. I’m all in for funny friends and joking at each other’s expense, but it’s not good for your mental health if you’re almost invariably at the receiving end of it. If your friend doesn’t realize that, then it’s time to let them know or let them go! 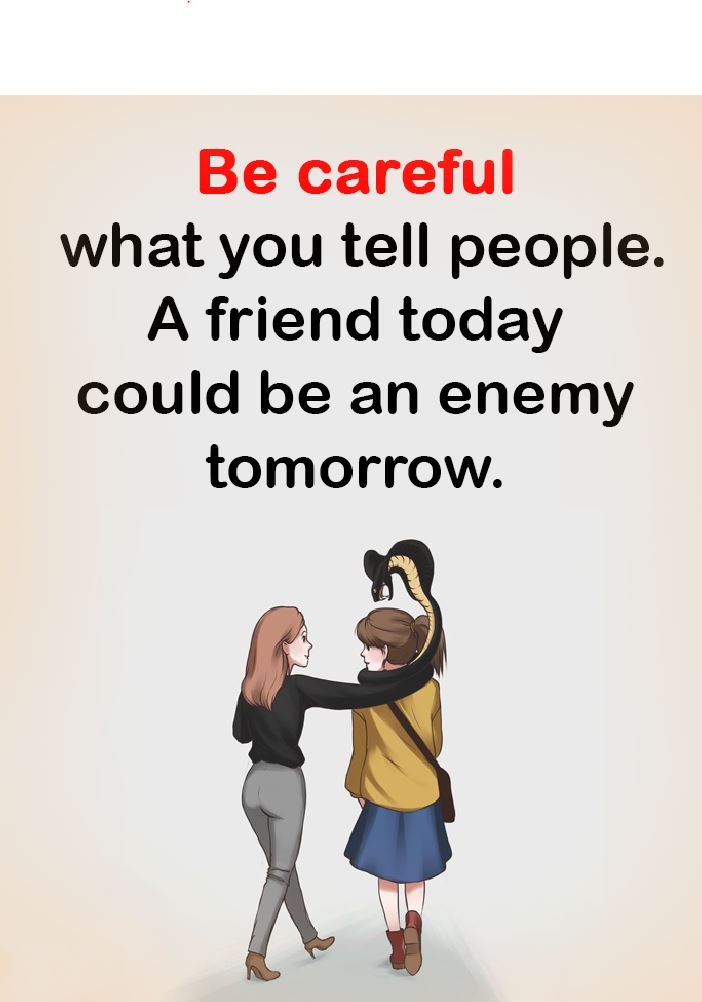 5: They make fun of things that aren’t in your control:
Now let’s just get this out there; it’s not cool at all to shame someone for being the way they are. If someone’s just genetically chubby, dark, short, has a lisp or any other such thing, then making fun of it is the worst thing one can do.

For things that are in your control like your clothes, you should still be allowed to feel comfortable in your own skin. Everybody has their own choice and you can agree or disagree with it but not ridicule it in any way. On the other hand, if you make fun of my skin tone then I probably ain’t got an appointment with God to brighten me up! True friends accept and like you the way you are.

6: “Nah, bruh! This ain’t your thing.”
Toxic friendships center upon demotivating each other. Your success depends upon whether you think you can do something and work hard enough to reach your destination. What your friend thinks has no impact on the whole scenario. But there are some people who just have this ability to provide us with their good-for-nothing opinion on things they don’t know anything about. A true friend either motivates you or just stays neutral, but never does a true friend demotivate you for anything (unless you’re willing to cut your wrist for babu/shona)

So, trust yourself and your instincts and go for that all-you-can-eat National Roll Paratha Eating Contest that your toxic friend demotivated you about. Because you got this!

True friends keep what you said above all the rumors that they heard about you. If they don’t, then they aren’t really your friends.

8: “Look at me, I’m so two-faced!”:
Toxic friends are always two-faced (sneks af, I tell you!) One of their faces is the chummy one that they use when they are with you. The other Namurad face swoops in right about a minute after you leave. These friends don’t hesitate to talk behind your back and make fun of you.

9: “Haha, YOU’LL do that? Yeah, right.”
True friends always take you seriously when you’re driven about something. But toxic ones never believe in your abilities. If you’re that person in the group whose suggestions and plans are always ridiculed and ignored just because they are coming from your side, then you need to break free from such a group. (Jee, whatsapp group mein messages ignore hone wali awam bhi inhi mein shamil hai.)

10: They don’t respect you:
The last and most important sign of toxic friendship is the lack of respect. It’s another thing to joke around and an entirely other thing to disrespect someone and their family. The limits of any friendship are defined by the friends themselves. A simple act of disrespect means transcending from these boundaries.

Toxic friendships are all around us. If only we could open our eyes and detect them, life could be much easier for us. You don’t realize the mental damage that they are causing you until you break the shackles and let them go. Only then can you realize how easy life is. So, look around and look out for these toxic friendships and remember, it’s never too late to pull away.