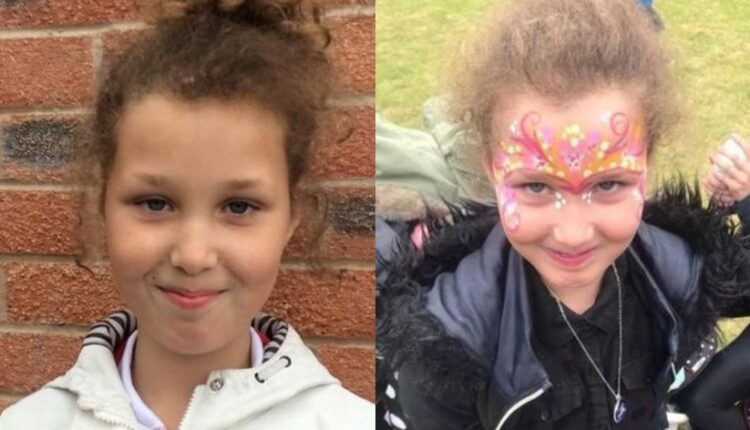 Schoolgirl, 11, who woke up with a ‘belly ache’ dies just three weeks later

A schoolgirl who woke up one day with a stomach ache died just three weeks later, her devastated father says.

John Woods’ 11-year-old daughter, Carly, had been playing outside with her friends and brothers and was her ‘normal happy self’ the day before she felt unwell.

She was taken to hospital after she started to feel worse and doctors gave her family a devastating diagnosis – she had a rare form of liver cancer.

Her liver was four times larger than it should have been and it was “ram packed and stuffed with multiple tumours”, John, 37, told the Liverpool Echo.

John, who lives in with his partner, Kelly [Carly’s mum], and their children, said: “She woke up on the Sunday morning and said, ‘dad, I’ve got a belly ache’. I was putting clothes away and I just said, well if you’re trying to get out of school I’m still sending you.

“It was her first year in senior school and she was having a bit of trouble settling in. I thought she was trying to play on it.

“As the day went on she was moaning a little bit more and I asked her what she’d had for her breakfast this morning.

“She said she wasn’t really hungry. I said you’ve probably got hunger pains, get downstairs and I’ll do you your dinner.

Carly and her baby brother, Cody

“I did her something to eat but she didn’t really eat much of it. 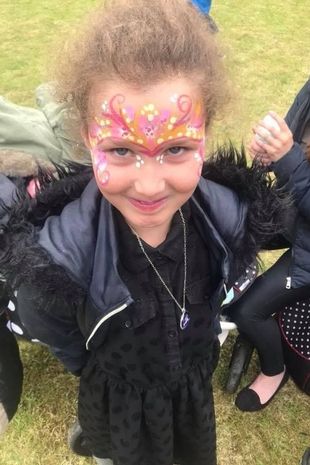 “It got to bed time and she was whimpering a little bit so Kelly just gave her some Ibuprofen.

“Kelly come back in the bedroom and said I think she might have appendicitis. I said we’ll see how she gets on tomorrow morning.

“At five o’clock in the morning, my partner wakes me and says can you take the day off and watch the baby, I’m going to take her to the hospital.”

Carly was taken to Ormskirk Hospital where she underwent scans and tests. Appendicitis was ruled out but the parents were told their daughter’s liver was bigger than it should be and doctors didn’t understand the reason why. 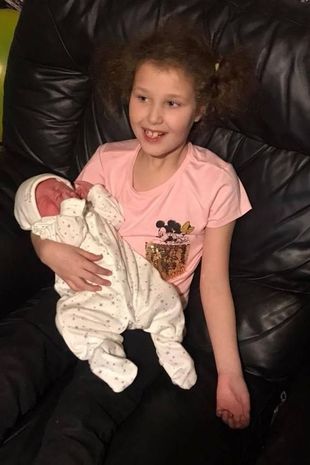 Carly was in hospital for four days undergoing more tests until she was eventually transferred to Alder Hey.

It was there that further scans prompted doctors to break some devastating news to her parents.

John said: “I was called into the office and the doctor told me that straight away they could see on the ultrasound her liver was four times larger than it should be and it was just ram packed and stuffed with multiple tumours.”

John said the news left them in shock but worse was to come as further tests showed that the cancer had spread to the little girl’s lungs.

John said: “They said they only see one or two of these cancers each year and normally there’s some sort of pre-warning, usually the kid has been in hospital or been sick before.”

Doctors told the parents they would need to administer an invasive and experimental form of chemotherapy immediately to rid Carly’s lungs of tumours before she would be able to have a liver transplant.

Surgery was performed to prepare Carly for the chemotherapy by inserting a line in the side of her neck, but afterwards doctors were having trouble bringing her around.

After she eventually woke up, Carly’s parents were told they would have to get her salt levels higher before they could administer the treatment and so the parents went home for the night.

John Woods said everyone knew his daughter for having ‘wild hair’

The next day, a doctor called them both back into the hospital.

John said: “We went back in on the Sunday morning and they told us there was medically nothing they could do.

“Her liver was pretty much clapped out and not functioning. She wouldn’t physically be able to take the chemotherapy, it would be too cruel.

“They told us that we would have to make the decision to not resuscitate her and just keep her comfortable and let her pass.”

Carly lived for another week before she died, surrounded by her loving parents, on November 1.

John said: “I think for both of us it’s not even sunk in yet. I’m still numb. The only thing that’s getting me through it is making it [Carly’s funeral] the best day possible for her.

“We’re having horses and carriages with the horses dressed as unicorns because that was one of her favourite things.

“She was a bubbly little girl. Everyone knew her for having wild hair. She always had a smile on her face and her teachers said to me she was always complimenting somebody.”

The grieving dad said the thing that’s giving them comfort at this time, is knowing that samples taken from Carly may help other children.

John added: “I hope Carly’s memory and story will be seen by thousands and her sacrifice will potentially save thousands of family’s from the same heart ache and fate in the future.”