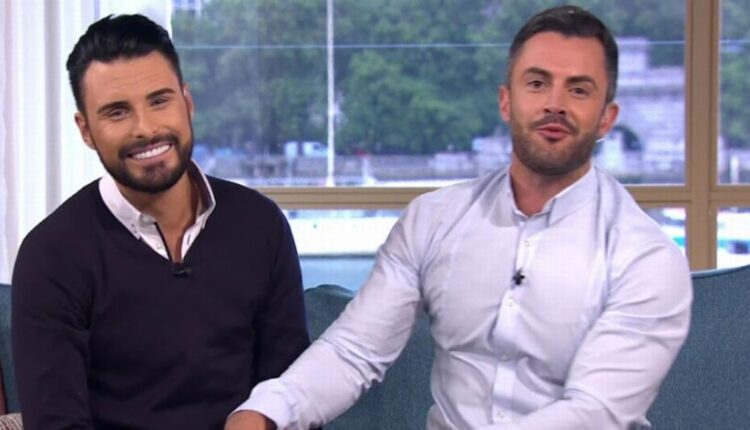 Rylan Clark-Neal is reportedly separating from his husband Dan after six years of marriage.

It comes after Rylan, 32, worried fans after going silent on social media for the last seven weeks and also stepping away from hosting Eurovision.

However, insiders have told The Sun that “unfortunately things haven’t worked out” between Rylan and Dan, but promised that the presenter would be back on TV soon.

The insider continued: “They don’t want to discuss it in public and a bit of time off is probably for the best for now.

“It’s one of those things. All those close to them wish them all the best.”

Rylan last posted on Instagram back at the beginning of May with his mum as they both wore masks while sitting on a bench.

He wrote: “Hark at her colour co-ordinating.”

Fans flooded the post as it had been even longer since he had been on Twitter, last posting on April 10th after close friend Nikki Grahame’s tragic death.

At the time, Rylan said that he was coming off social media due to the horrific trolling he had been receiving.

One wrote: “@rylan when are you coming back on Twitter?? We miss you.”

While another wrote: “We need see more of u both on tv.”

Last month, Rylan pulled out of hosting the Eurovision semi-finals alongside Sara Cox and Chelcee Grimes, citing sickness as the reason why.

He previously pulled out of hosting in 2018 when Dan fell ill.

Rylan met Big Brother 14 housemate Dan Neal in 2013, the same year that he won the celebrity version of the show.

The couple went on to get engaged in 2014 and wed just a year later, going on to buy a lavish Essex home which they lived in with Dan’s son Cameron.

Speaking to the Mirror last year he gushed: “The house is unbelievable. I’ve put in a Big Brother diary room, next to the downstairs loo.

“You just press the Big Brother Eye button and the door opens. I’m just going to sit in there and talk to myself.”

Rylan and Dan went on to make history in 2016 by becoming the first ever gay couple to host This Morning.