Remember! Good comes back to you - Daily Net 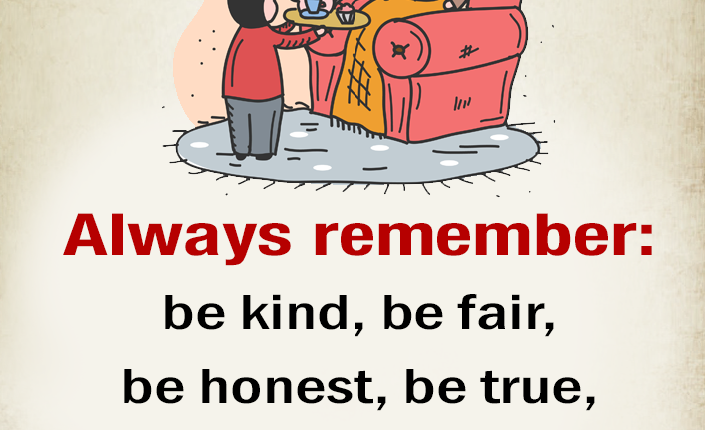 There is a saying that say, “if a Child hit his maid and mom said nothing, its will be the same child that one day will also hit his mom”.

There are many instance in front of us where we appreciates when our child hate the same people as we do and we proudly defend it when they misbehaves with their teacher, maids or their aunt/uncle. But did you recognize, that by not saying or doing something about it that is bad, you are actually telling a child its ok if he/she misbehave with elder like that, and sooner or later the same child will come and misbehave with you because in his mind if get away with misbehaving with so many people and actually got appreciated for doing it, he can get away with that too.

Similarly, if we see something bad happening, we should try to stop it or atleast think it is bad. For example, the government who are now treating minorities bad in your country will sooner or later will also treat you worst once they done with minorities. When you stand up against someone else rights actually you are standing for your rights.

In islam they have beautifully mentioned it in this quote and I 100% and more agree with it. 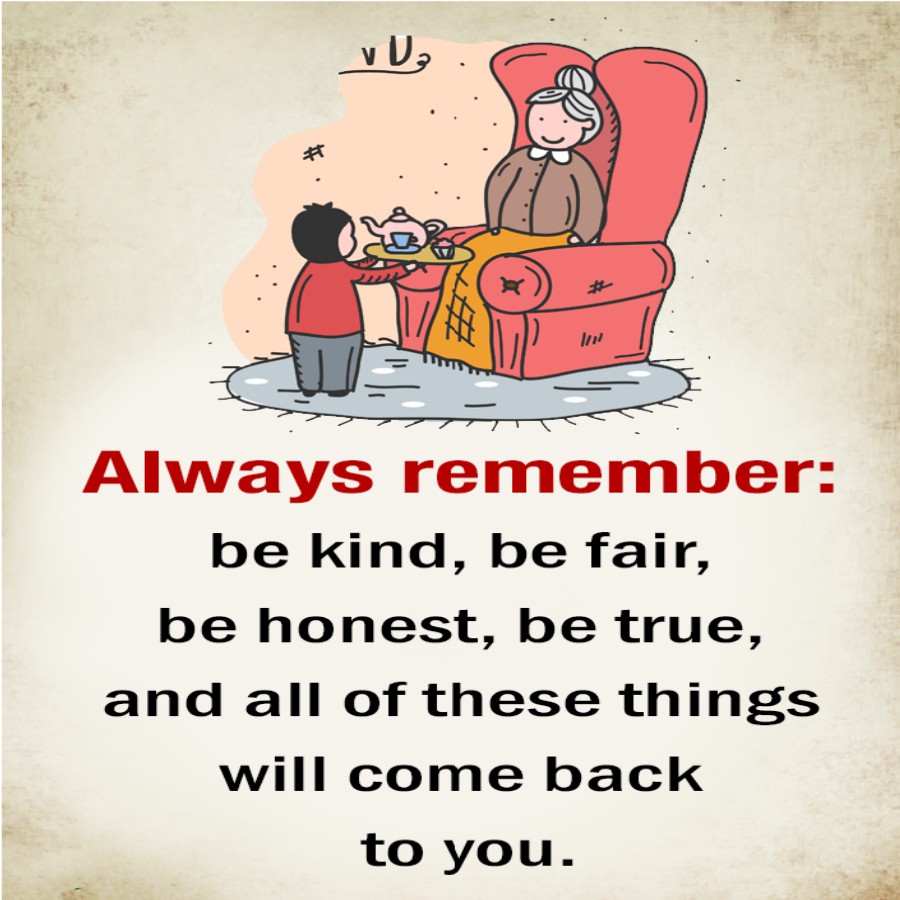 There is a indian story that talk about this philosophy:

“The Good You Do Comes Back To You
Good And Evil
Every morning a woman baked Chapati, an Indian flatbread, for members of her family and an extra one for a hungry passerby. She would always place the extra Chapati on the windowsill, for whosoever needed to eat it.

She noticed a hunchback came every day and took the extra Chapati. Instead of expressing gratitude, he would muttered the following words as he went on his way: “The evil you do remains with you. The good you do, comes back to you!”

This went on day after day after day. The woman felt very irritated. “Not a word of gratitude,” she said to herself. “Every day this hunchback utters this jingle! What does he mean? “

One day, exasperated, she decided to do away with him. “I shall get rid of this hunchback,” she said.

And what did she do? She added poison to the Chapati she prepared for him!

As she was about to place it on the windowsill, her hands trembled. “What is this I am doing?” she said. Immediately, she threw his Chapati into the fire, prepared another one and put it on the sill.

As usual, the hunchback came, picked up the Chapati and muttered the words: “The evil you do, remains with you. The good you do, comes back to you!”

The hunchback proceeded on his way, blissfully unaware of the war raging in the mind of the woman.

Every day, as the woman placed the Chapati on the windowsill, she offered a prayer for her son who had gone to a distant place to seek his fortune. For many months she had no news of him and she always prayed for his safe return.

That evening, there was a knock on the door. As she opened it, she was surprised to find her son standing in the doorway. He had grown thin and lean. His garments were tattered and torn. He was hungry, starved and weak.

Looking at his mother he said, “Mom, it’s a miracle I’m here. While I was but a mile away, I was so famished that I collapsed. I would have died, but just then an old hunchback passed by. I begged him for a morsel of food and he was kind enough to give me a whole Chapati.”

“When he gave it to me, he said, ‘This is what I eat every day. Today, I shall give it to you, for your need is greater than mine!’”

As the mother heard those words, her face turned pale. She leaned against the door for support. She remembered the poisoned Chapati that she had made that morning. Had she not burnt it in the fire, it would have been eaten by her own son and he would have lost his life!

It was then that she realized the significance of the words: “The evil you do remains with you. The good you do, comes back to you!”

Moral of the story: Do good and don’t ever stop doing good, even if it’s not appreciated at that time.