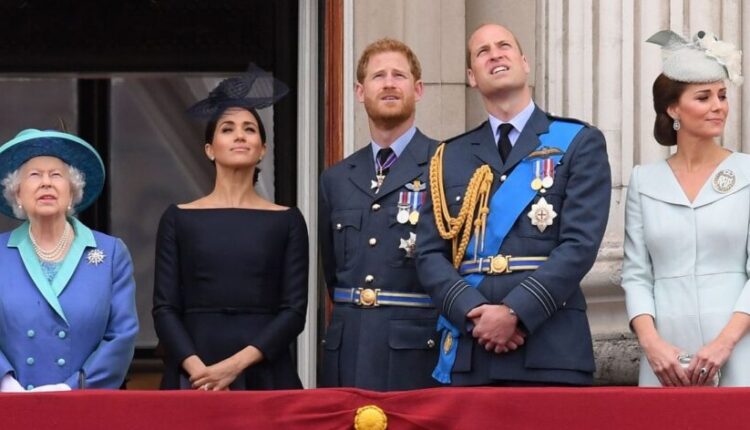 The royal family has released an official statement following the birth of The Duke and Duchess of Sussexes’ new daughter.

In an announcement made on Sunday it was revealed Meghan has given birth to a 7lb 11oz daughter named Lilibet “Lili” Diana Mountbatten-Windsor, on Friday in California.

The baby girl has been named Lilibet after the Queen’s family nickname but she will be known as Lili.

The new arrival is a little sister for Archie, who was born in 2019, and a new cousin for Prince George, Princess Charlotte and Prince Louis.

A statement from the couple’s press secretary said: “It is with great joy that Prince Harry and Meghan, The Duke and Duchess of Sussex, welcome their daughter, Lilibet “Lili” Diana Mountbatten-Windsor, to the world.

“Lili was born on Friday, June 4 at 11.40am in the trusted care of the doctors and staff at Santa Barbara Cottage Hospital in Santa Barbara, California.

“Her middle name, Diana, was chosen to honour her beloved late grandmother, The Princess of Wales.

“This is the second child for the couple, who also have a two-year-old son named Archie Harrison Mountbatten-Windsor.

“The Duke and Duchess thank you for your warm wishes and prayers as they enjoy this special time as a family.”

The family have been living in the US since they quit the royal family last year.

It was a lighter moment during a series of bombshells that left the monarchy in crisis.

Meghan accused an unnamed member of the royal family – not the Queen nor Duke of Edinburgh – of racism, saying they expressed concern about how dark Archie’s skin tone might be before he was born.

The Queen responded by saying the issues were taken “very seriously” but that “some recollections may vary” and the matter would addressed by the family privately.

The new baby is the Queen’s 11th great-grandchild – poignantly the first of the monarch and Philip’s great-grandchildren to be born since the death of the duke in April.

But with the Sussexes living in California and amid troubled relationships with their family, it is not known when or if the new addition will meet the Queen and the rest of the royals.

Despite quitting the royal family Harry retained his place in the line of succession so Lilibet will be eighth in line to the throne.