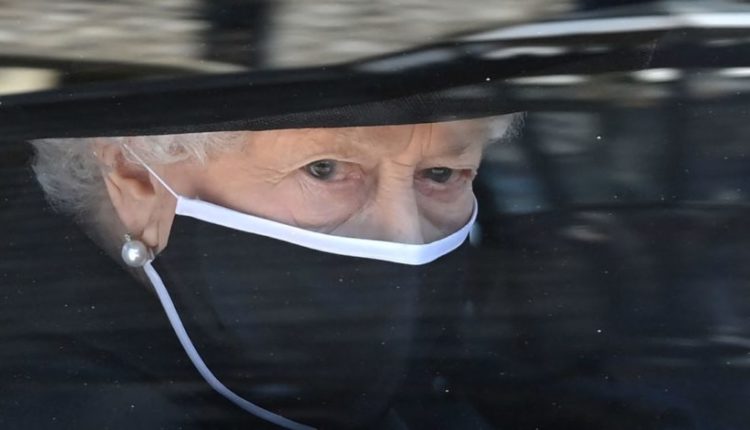 The Queen will spend less and less time at Buckingham Palace as she makes Windsor Castle her main residence – so she be close to Prince Philip, it is claimed.

The couple, married for 73 years, had been isolating in Berkshire throughout the pandemic, and the Duke of Edinburgh died peacefully there aged 99.

Palace insiders now say that although Buckingham Palace, which is undergoing a £369 million refurbishment, will be the Queen’s primary workplace, it is unlikely to be her main residence.

She is set to remain at Windsor Castle, where the Duke is buried, for the foreseeable future, The Daily Express reports.

An insider said: “The kindest thing to do is to allow her to live where she feels most comfortable.”

Next week the Queen will turn 95, and is claimed to favour spending time at her favoured residence in Windsor.

Yesterday members of her family gathered for the first time in a year to say farewell to Prince Philip, as his funeral was held at St George’s Chapel within the grounds.

Heartbreaking pictures showed her sitting alone during the service, due to Covid regulations.

His coffin was lowered into the 200-year-old vault below the chapel, but this will not be his final resting place.

When the Queen dies, the Duke of Edinburgh will be transferred to the gothic church’s King George VI memorial chapel to lie alongside his devoted wife.

An aide said that when lockdown ends, the Queen will return to Buckingham Palace, where she will continue to host important events.

The insider told the Express: “Buckingham Palace will continue to be her primary place of work.”

Before the pandemic, the Queen often worked at the Palace between Tuesday and Thursday every week, spending the rest of her time at Windsor.

But it is believed she will spend more time there when restrictions are lifted, having stayed there more since 2006, the year she turned 80.

She is currently in a bubble with 22 staff members, a group known as ‘HMS Bubble’.

Her closest aides have been a source of support throughout the pandemic, during which time she has been unable to see her own family for long periods.

Among those closest to her, the Telegraph reports, are senior dresser Angela Kelly, head groom, Terry Pendry, private secretary Sir Edward Young and page of the backstairs, Paul Whybrew.

The group was christened ‘HMS Bubble’, a joke the Queen and Prince Philip were said to find very amusing, by Vice-Admiral Sir Tony Johnstone-Burt, master of the household.

In an email to staff the former naval officer likened their situation to being out at sea.

He wrote: “There are 22 Royal Household staff inside the Bubble, and it struck me that our predicament is not dissimilar to my former life in the Royal Navy on a long overseas deployment.

“Indeed, the challenges that we are facing, whether self-isolating alone at home, or with our close household and families, have parallels with being at sea, away from home for many months, and having to deal with a sense of dislocation, anxiety and uncertainty.

“Regardless of the roles we perform, we do them to an exceptional standard to allow the Queen and other members to do their
duty to the best of their ability, too.”