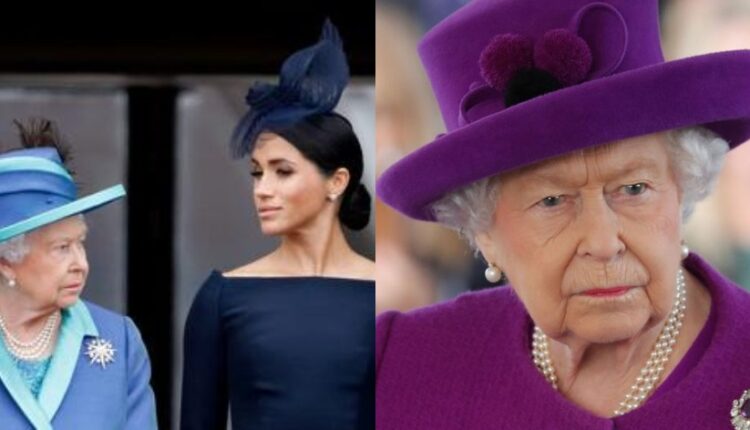 The Queen could cancel Prince Harry and Meghan Markle’s invitation to her Platinum Jubilee in light of her grandson’s new tell-all book, experts claim.

The Duke of Sussex’s decision to publish a personal memoir about life in the Royal Family in the same year Her Majesty celebrates her landmark 70th year on the throne has been labelled “deeply disrespectful”.

Penguin Random House announced on Monday the book would be published at the end of 2022 and it is expected to shed further light on why Harry and Meghan quit the Firm last year.

Tonight some insiders have suggested the 95-year-old monarch may decide to take the drastic step of barring the pair from joining the rest of the royals on the Buckingham Palace balcony next June during the official ceremony.

The Sussexes’ are already skating on thin ice after making several damaging allegations against the family, including during their bombshell Oprah Winfrey interview in March.

Harry even appeared to take a fresh swipe at the monarchy after saying his memoir was written “not as the prince I was born but as the man I’ve become”.

He and Meghan moved to California last summer with son Archie before welcoming daughter Lilibet in June having signed multiple high profile deals with the likes of Netflix and Spotify to allow for financial independence.

One Palace insider told the Daily Mail: “Her Majesty has been at great pains to try to keep her relationship with her grandson and his family separate from the decisions she needs to make professionally, so to speak.

“And the invitation for them to join her next year was a genuine one.

“Although things have been very difficult, there was a small, but enduring hope that enough time would have elapsed for things to heal. But the feeling internally [now] is that this book will be the last straw.”

Another said the timing appeared to be completely deliberate with what was due to be a year of celebrations now to be “characterised by a drip-feed of revelations, serialisations and, eventually, publication”.

It comes after friends of Harry’s dad Prince Charles told the Mirror the future king believes his son is at a “crossroads” as he embarks on life outside the royal family.

The Prince of Wales’ pals believe he seems “bizarrely hellbent” on trashing his father’s reputation, which they say Charles has worked hard to restore over two decades following his spectacular fallout and subsequent divorce from Princess Diana.

One royal source said: “Sure, Charles can certainly be accused of being somewhat old school in his emotions at times, but he loves both his sons dearly and has done the very best for them throughout their lives.”