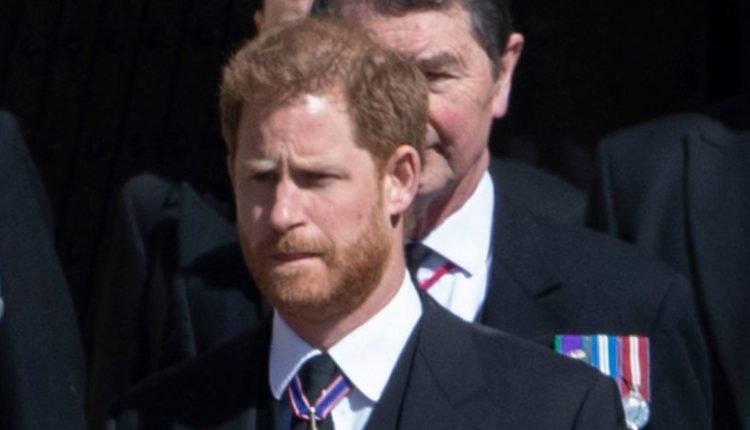 Prince Harry will fly back home to be with pregnant wife Meghan Markle on Monday, it has been claimed.

The Duke of Sussex was expected to have a face-to-face chat with his dad Charles on Sunday after reconciling with brother William as they left yesterday’s funeral service at St George’s Chapel.

Harry and the Prince of Wales are understood to be due to walk around the grounds of Windsor to view floral tributes to the Duke of Edinburgh.

The 36-year-old is expected to spend another night at Frogmore Cottage, the home gifted to him by the Queen after his wedding to Meghan, and where he has been staying since flying into the UK.

The Duchess of Sussex, 39, was advised by doctors not to make the trip due to her condition and remained at the couple’s £11million Montecito mansion.

Do you enjoy reading about the royal family? Sign up for all the best royal news from the Mirror here

Harry was reported to have been met with a certain degree of frostiness from many of those in the Firm, following he and his wife’s bombshell Oprah Winfrey interview.

However, his uncle and fellow outsider Prince Andrew is said to have sympathised, while sister-in-law Kate Middleton is understood to have helped to get he and brother William talking.

She was seen dropping back as the three left the chapel to walk up to castle.

The Sussexes accused the Royal Family of institutional racism and failing to allow Meghan to get help when she felt suicidal during their 90-minute chat with Ms Winfrey last month.

“They are still very upset,” a source told the Daily Mail, referring to the other members of the family.

“They are putting on a united front for the Queen. They all think he has behaved appallingly.”

It was reported last week that Harry and William did speak briefly on the phone and that Harry has also spoken to cousin Princess Eugenie.

Referring to the brothers walking together, Tom Bradby, presenting ITV’s coverage of the funeral, said: “Funerals are a time of reconciliation and that a sight, let’s be honest, that’s many wanted to see. Not least the family itself.”