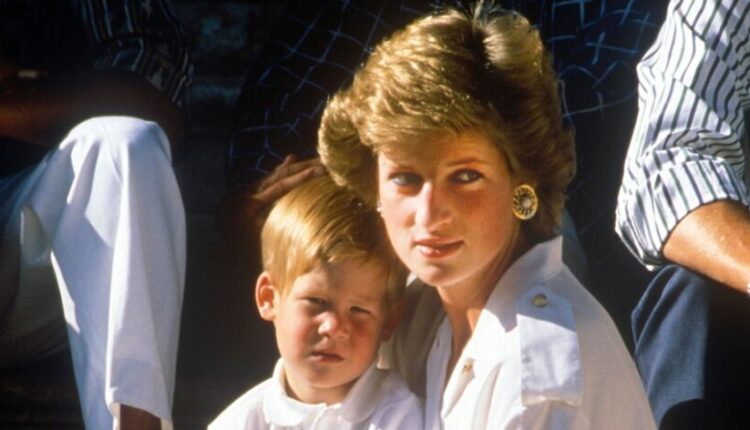 Prince Harry quit the royal family for the US because of what it did to his mum Princess Diana, he has shared on a podcast.

The Duke of Sussex discussed his own struggles growing up in the spotlight and said in his early 20s he would “grin and bear it” – but knew he didn’t want the role for himself.

“I’ve seen behind the curtain.”

Harry also recalled how after seeking therapy for his mental health struggles, he felt a “bubble was burst” and his head was “out of the sand”.

On the podcast with Armchair Expert, Harry said he now feels free in California and is able to take Archie out on back of his bike.

The Duke spoke about how his life changed since quitting as a senior member of the royal family and moving to America with Meghan and now two-year-old Archie.

Harry, 36, said in London he became used to making constant attempts to stay under the radar while out and about – often wearing baseball caps and walking with his head lowered.

In a bid to keep themselves out of the spotlight, Harry revealed he and Meghan even met in disguise at a supermarket for one of their dates.

He said they pretended not to know each other to try and stay ‘incognito’, adding: “I had a baseball cap on, looking down at the floor, trying to stay incognito. It’s amazing how much chewing gum you see, it’s a mess!”

But, Harry said his Californian life couldn’t be more different and is able to “lift his head”.

He added: “Living here now I can lift my head. I feel different, my shoulders have dropped.

“You can walk around feeling a bit more free. I take Archie out on the back of my bike.”.

The Prince recently said California has now become his spiritual home where the anger of the past has gone, a journalist who once interviewed the duke has claimed.

Journalist, author and mental health advocate Bryony Gordon said that the Duke of Sussex now had a “sense of purpose” after his move to the US.