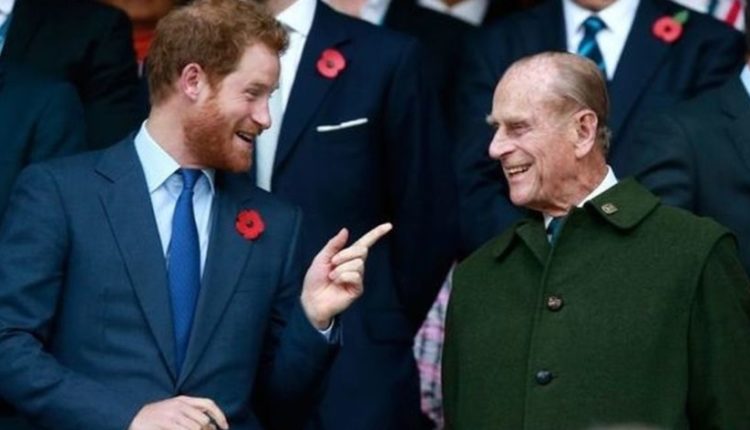 Prince Harry has arrived back in the United Kingdom to attend his grandfather’s funeral.

He has flown back to the royal family’s side to farewell Prince Philip, who died peacefully age 99 on Friday.

It is a significant reunion, as it is Harry’s first trip home since he and wife Meghan Markle left for California after their shock split from royal life.

The couple have been in the United States throughout the pandemic, and only last month gave a bombshell tell-all interview to Oprah Winfrey that plunged Buckingham Palace into crisis.

It was believed Harry would likely isolate for around five days after arriving from the United States, where he lives with Meghan, who is pregnant with a baby girl, and son Archie.

Harry is thought to be allowed to avoid England’s coronavirus quarantine rules due to his status.

But reports speculated he would avail of the allowance for travellers to end the mandatory ten-day quarantine early by taking a test privately.

A witness told The Sun they saw Harry arrive from a British Airways flight at London’s Heathrow Airport where police were waiting on the tarmac at 1.15pm on Sunday.

He was reportedly wearing chinos, a jacket and black face mask, and was met by security off the plane before getting into a black Range Rover and being driven away.

Under England’s rules, travellers may leave self-isolation after five days if their Covid test returns a negative result.

The palace is steadily unveiling details of plans for Philip’s funeral, and has confirmed the royals will be respecting his wish of a private funeral which the public will not be invited to attend.

It will be held at St George’s Chapel on the grounds of Windsor Castle on Saturday, April 17, and will coincide with a national three-minutes’ silence.

Boris Johnson met with ministers, royal representatives and police on Friday to discuss plans for the official period of mourning.

Under current coronavirus guidelines, only 30 people, in addition to the clergy, will be allowed to be present at the Queen’s husband’s funeral, putting the monarch in a tricky position as an intimate circle of mourners will have to be hand-picked.

Charles will lead the procession of mourners on foot, and brothers Harry and Prince William are expected to stand shoulder-to-shoulder for the ceremony after long and tense months apart.

Royal commentator Richard Fitzwilliams has said a “show of unity” would be vital for healing Harry’s rift with the family after the “very damaging” allegations he and Meghan made during their Oprah interview.

Sources told the Mirror the Duke of Sussex spoke to several members of his family on Friday following the Duke of Edinburgh’s death.

The insider said he spoke to his father, Prince Charles, along with cousins Beatrice and Eugenie, and told them of his plans to return to the UK for the funeral.

Last month when Philip was in hospital recovering from an infection and heart surgery, Harry isolated at the California mansion he shares with Meghan and had a private jet on standby in case he needed to fly home.

Philip had been shielded from the details of Harry and Meghan’s Oprah interview as he recovered from surgery.

Harry and Meghan paid tribute to Philip after his death by replacing the home page of their Archewell charitable foundation with a message reading: “In loving memory of His Royal Highness The Duke of Edinburgh. 1921-2021.

“Thank you for your service. You will be greatly missed.”

A string of tributes from senior royals have been issued over the weekend.

Heir to the throne Charles thanked the public for their well-wishes after the loss of his “dear Papa.”

The Queen and Philip’s only daughter, Princess Anne, today issued a tribute saying while she knew his time was coming someday, “you’re never really ready.”