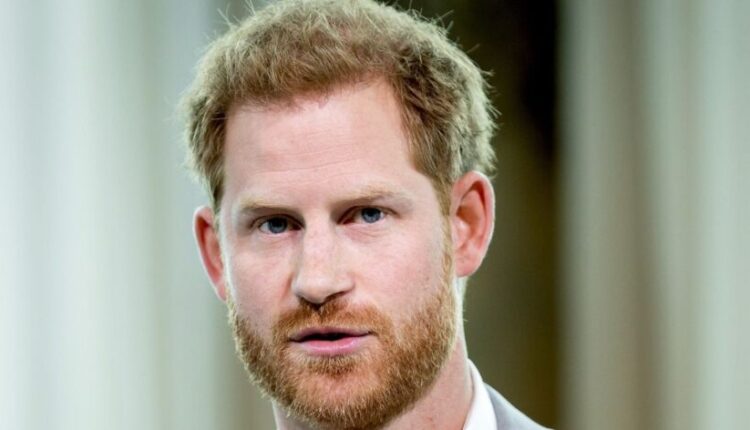 Prince Harry has been described as a “lost soul” in a new Channel 5 documentary.

Meghan at 40: The Climb to Power, set to air on Saturday, documents the struggle faced by the prince and his wife after they stepped down as senior members of the Royal Family last year.

Just hours after it was announced that Harry would be releasing a memoir next year, it was revealed the upcoming documentary would focus on Meghan’s rise from Hollywood to royalty.

The documentary features claims that Harry faces becoming a “lost soul” after he and Meghan stepped back from royal duties and relocated to Los Angeles with their toddler son Archie.

The film also claims the 36-year-old prince is “vulnerable and indecisive” as he’s been going along with “decisive” wife Meghan, who is getting ready to celebrate her birthday milestone on 4 August.

According to the Daily Mail, Harry is later compared to his great-great uncle the Duke of Windsor, who abdicated from the throne in 1936 so he was able to wed American divorcee Wallis Simpson.

A synopsis for the show says it will focus on the former Suits star’s journey from Hollywood to the Royal Family.

“A profile of the Duchess of Sussex as she reaches her 40th birthday, considering how she has fought the odds stacked against her and stood up to bullies, traditions and racism,” it read.

“The programme examines whether she will come to regret the alienation and attention that is now a permanent fixture of her life, and looks at what her legacy will be.”

The couple, who welcomed daughter Lilibet Diana in June, have been enjoying their low-key life stateside, and last year, they snapped up an £11.2 million luxury property in the exclusive seaside community of Montecito, near Santa Barbara.

The 14,500sq ft home was featured in footage from their bombshell interview with Oprah Winfrey earlier this year, and boasts a library, spa, wine cellar, a tennis court, tea house and a cute children’s cottage.

Details of the explosive Channel 5 documentary were revealed as Harry announced he would be releasing his “literary memoir” in 2022 after signing a deal with Penguin Random House.

The Duke of Sussex said al proceeds from the sale of his book will be donated to charity, and it has been written “not as the prince I was born, but as the man I have become”.

Harry added: “I’ve worn many hats over the years, both literally and figuratively, and my hope is that in telling my story – the highs and lows, the mistakes, the lessons learned – I can help show that no matter where we come from, we have more in common than we think.”

The royal said he was “deeply grateful” for the opportunity to share “what I’ve learned over the course of my life so far”, and was excited for people to read an account of his life “that’s accurate and wholly truthful.”

Harry’s book is currently untitled but is expected to be released late next year.