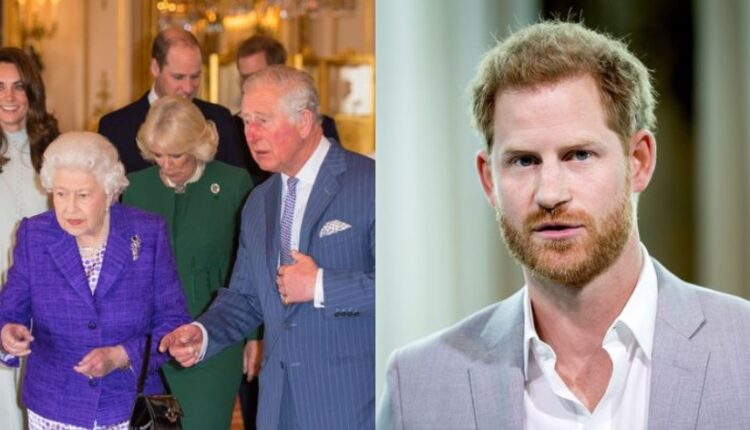 Buckingham Palace tonight feared further explosive claims as it was revealed Prince Harry has been secretly writing a memoir for nearly a year.

The Duke of Sussex has been working with American “power ghostwriter” J. R.

Moehringer promising to deliver a “wholly truthful and accurate” account of his life and Megxit when published at Christmas or early in the new year.

The book is yet another money-spinning venture Harry, 36, has undertaken since leaving the royal family and relocating to California.

Already he and his wife Meghan Markle have signed multimillion-dollar deals with Spotify and Netflix.

In a statement confirming the book, the duke said: “I’m writing this not as the prince I was born but as the man, I have become.

“I’ve worn many hats over the years, both literally and figuratively, and my hope is that in telling my story – the highs and lows, the mistakes, the lessons learned – I can help show that no matter where we come from, we have more in common than we think.

“I’m deeply grateful for the opportunity to share what I’ve learned over the course of my life so far and excited for people to read a firsthand account of my life that’s accurate and wholly truthful.”

A blurb from publisher Penguin Random House read: “In an intimate and heartfelt memoir from one of the most fascinating and influential global figures of our time, Prince Harry will share, for the very first time, the definitive account of the experiences, adventures, losses, and life lessons that have helped shape him.

“Covering his lifetime in the public eye from childhood to the present day, including his dedication to service, the military duty that twice took him to the frontlines of Afghanistan, and the joy he has found in being a husband and father, Prince Harry will offer an honest and captivating personal portrait, on that shows readers that behind everything they think they know lies an inspiring, courageous and uplifting human story.’”

They promised the book would be “an honest and captivating personal portrait”.

Financial terms were not disclosed but Harry will donate proceeds to charity, according to Random House.

A source told the Mirror the thought of the book has sparked a “tsunami of fear” in royal circles.

“Ever since leaving royal life, Harry and Meghan have made claim after claim of how they allege they have been treated.

“They say that it is their truth but there is only ever one truth.

“Since their interview with Oprah Winfrey tensions have been running very high as much of what they said has since been proven to be unreliable at best.

“There is a now tsunami of fear among the royals over what Harry will write.

“Many hope he may correct a few things but do not hold much hope.”

During their interview with US chat show queen Oprah in March, the Sussex accused the royals of racism and of cutting them off financially.

Meghan, 39, told of feeling lonely and nearly suicidal before they left England last year with Harry saying his family offered no help.

The Prince told Winfrey he felt trapped by royal life and that his family took away his security after cutting his money.

He also acknowledged his relations were strained with his brother, Prince William.

“My father and my brother, they are trapped.”

The transcript for Harry’s book was due to be handed in next month but due to the birth of the couple’s second child, Lilibet and other commitments, it has now been pushed back to October.

Pulitzer winner Moehringer, 56, has previously written memoirs for tennis legend Andre Agassi and Nike co-founder Phil Knight, as well as his own autobiography, “The Tender Bar,” which is currently being made into a movie by George Clooney.