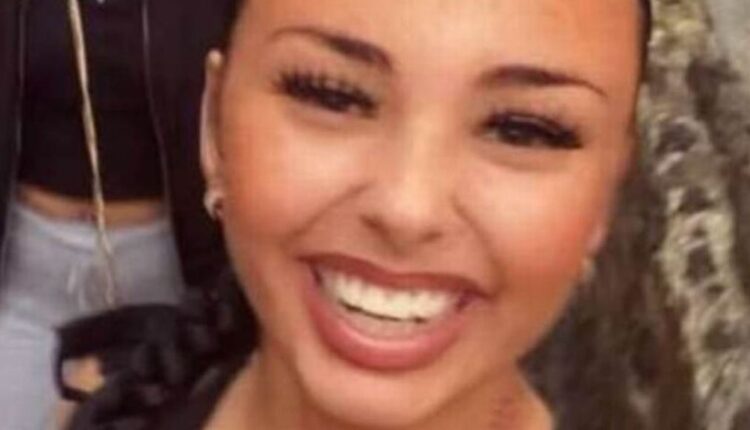 A pregnant woman has tragically lost her baby after being kicked and stamped on in an unprovoked attack after the Euros final.

Beth Newman, 18, was set upon as she left the Quart In A Pint pub in Margate, Kent last Sunday.

She also had her phone stolen from her during the attack and said around four to six girls assaulted her.

Beth said her mum, Kat Hazelton, rushed from her home after finding out Beth was having a seizure in the wake of the attack.

The teenager was taken to hospital where she was treated for a head injury.

She told Kent Online : “It was completely unprovoked. I walked round past the first girl and was walking towards the pub walking back to grab my friends, and she just looked me up and down, looked at her back, and she was like ‘what the f*** are you looking at?’ I just calmly said, ‘What’s your problem?’

“I started to walk away and she came up behind me and grabbed my plait, and punched me round the side of my head. I tried to defend myself, but before I knew there were just loads of them all on top of me.”

Beth said she had seizures while on her way to hospital and remembers being in “so much pain.”

She was in hospital for four days and two days after the attack she began bleeding and discovered she had lost her baby.

Beth said she is also still suffering seizures in the wake of the attack and is waiting for an appointment for an MRI to find out why.

She believes the reason she was attacked was because the perpetrators “didn’t like the look of her”.

A JustGiving page has been set up by a friend of Beth’s to enable her to buy a new phone to replace the one stolen in the attack.

In a post on the page, Beth’s friend said: “She [Beth] is home and still having seizures but awaiting an MRI scan to find out what is going on but the effect it has had on this gorgeous girl who loves to be out and about with her friends but this attack has completely changed that.

“She is now housebound, too scared to go anywhere in case of a seizure, also fearing being attacked again. No one deserves to ever be put through or made to feel like this regardless of any situation.

“It would be amazing if we could get anywhere near the target, she deserves to have that beautiful smile back on her face.”