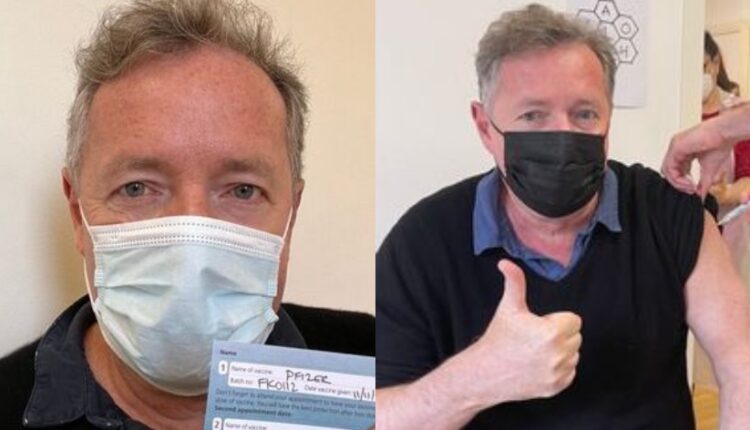 Piers Morgan has once again let his feelings known about the Covid-19 vaccination process.

The former Good Morning Britain presenter, 56, took to Twitter on Thursday to confirm he had received his booster jab in the fight against the virus.

He shared a snap of himself wearing a face mask as he proudly held up his vaccination card.

Alongside the upload, he wrote: “BOOSTED! Thanks to everyone at St Charles Care Centre in North Kensington for splendidly efficient and rapid service today! 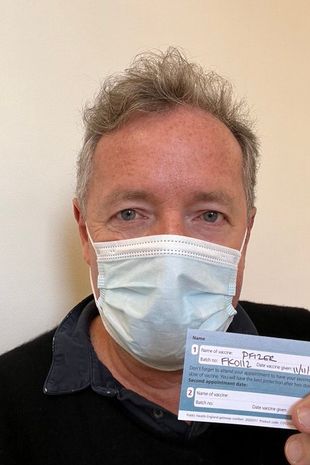 “Loads of people pouring in to get their jabs which was great to see.”

He then pre-empted the response he’d receive from some users as he said: “PS memo to anti-vaxxers who now want to abuse me: **** off.”

Piers Morgan showed off his booster card on Thursday (

Piers Morgan getting his Covid-19 vaccination (

As expected, his words were met with a mixed response and Piers went on to post a further message to his 7.9 millions followers later in the day.

He wrote: “Imagine being scared of having a safe, well-regulated, 4-second vaccine shot, when previous generations braved gun shots for years on end to save us all from tyranny? Anti-vaxxers really are a bunch of spineless p***ies.”

Throughout the pandemic Piers has been an advocate of the jab.

Earlier this month he sarcastically revealed he had come up with a way to get those against the vaccination on board.

He tweeted: “The best way to make anti-vaxxers take the covid jab is to mandate it for them NOT to have it – then they will furiously demand their freedom to have one.” 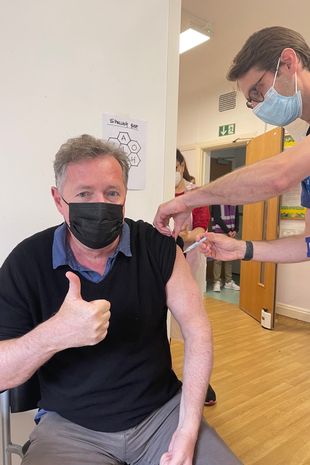 He also suggested that anyone who wouldn’t get the vaccine shouldn’t be entitled to care from the NHS if they contract coronavirus.

He added: “Those who refuse to be vaccinated, with no medical reason not to, should be refused NHS care if they then catch covid.

“I’m hearing of anti-vaxxers using up ICU beds in London at vast expense to the taxpayer.

“Let them pay for their own stupidity & selfishness.”

It was reported on Thursday that while Covid cases are going down in most areas in the UK, deaths continue to rise.