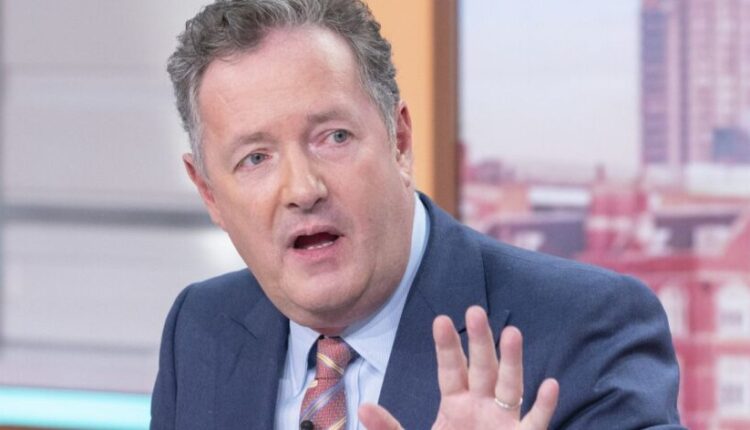 Piers Morgan has let rip at Chrissy Teigen, branding her a “repulsive hypocritical bully” and has insisted that the “vile truth” has finally come out about the star amid the release of nasty tweets she has made over the years.

The combative host, who published anti-cancel culture book Wake Up last year, has also called for the cookbook author to be cancelled as it “couldn’t happen to a nastier hypocritical bully”.

This comes after Chrissy broke her month-long social media silence yesterday and said that she was “ashamed” of tweets she sent to Courtney Stodden when they were just a teenager.

The 35-year-old, who is married to John Legend, also admitted that she has been “sobbing” through private apologies to others she has hurt over the years.

Chrissy was blasted last month after it was revealed that Chrissy had told the American reality star to kill herself on Twitter in 2011.

Chrissy had sent Courtney, who now identifies as non-binary, a string of abusive messages when they were still a teenager.

They included telling them to die, to take their own life and to “go to sleep forever”.

Piers, 56, and Chrissy have been embroiled in a number of Twitter rows over the years, with the former GMB host being branded a “piece of s*** a**hole” by the former model – among many other things.

So it isn’t entirely surprising that Piers isn’t sympathetic towards Chrissy’s apology and lashed out at the star in his latest Mail Online column.

He fumed: “The nasty, vile truth about Chrissy Teigen has finally emerged to paint a very different picture from the self-righteous, virtuous plinth of moral perfection she wrapped herself around for years as America’s celebrity Canceller-in-Chief.”

Accusing Chrissy of leading a “foul-mouthed campaign to destroy gym firms Equinox and SoulCycle’ because they held a fund-raising event for Trump, Piers suggested she wanted the world to see her as a “superior moral being”.

Piers continued: “She was savagely intolerant of anyone who fell below her very high standards. Yet it was all an act.

“There’s never been anything compassionate, empathetic or humane about Chrissy Teigen.”

The former GMB host proceeded to brand her as a “despicable piece of work who built a career around being married to a pop star and being a professional social media troll”.

But he hailed her “very worst” comment being towards Lindsay Lohan attempting to kill herself.

Going on to react to her apology, he pointed out that that Project Runway star Michael Costello also came forward yesterday as he accused Chrissy of ruining his fashion career after she believed that a fake Instagram claim that he had used a racial slur was true.

He wrote a lengthy post about the interaction he had with Chrissy via DMs in 2014 and shared screenshots in which Chrissy said: “Racist people like you deserve to suffer and die. You might as well be dead. Your career is over, just watch.”

Piers wrote: “So, like everything else in Chrissy Teigen’s warped world, her mea culpa yesterday was a lie, a sham and deliberate attempt to con the world into thinking she’s a nice person really.

“She’s not and never has been.”

Insisting that Chrissy didn’t deserve to be forgiven, he wrote: “So, sorry Chrissy – but spare me your pathetic crocodile tears.

“You revelled in fuelling cancel culture, and now you’re getting cancelled yourself because it turned out you’re worse than any of the people you trolled, and yes, I include Donald Trump in that.”