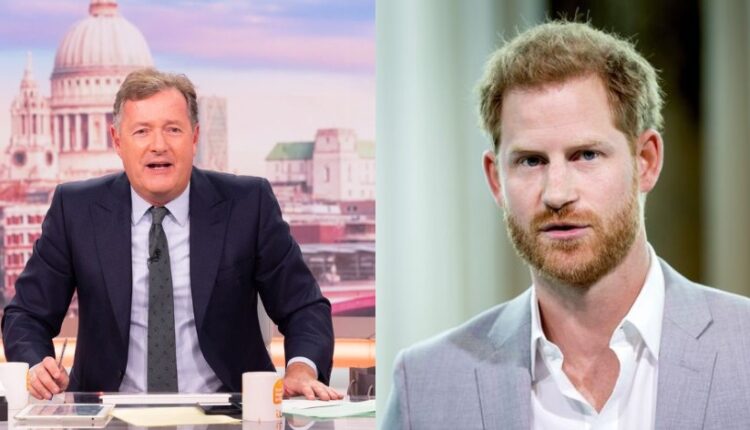 Piers Morgan has given a predictable expletive-filled response to the news that Prince Harry will be publishing an ‘intimate’ memoir.

The 56-year-old former Good Morning Britain presenter has been an outspoken critic of Prince Harry and Meghan Markle, especially since they announced they would be stepping away from royal life and relocating to California.

His reaction to the Duchess of Sussex giving her bombshell interview with Oprah Winfrey, led to him quitting the ITV breakfast news show after he called out Meghan over the claims that she made.

So it was no surprise that Piers acted with disbelief after reading the news that Prince Harry had landed a book deal for his memoir.

Taking to Twitter, Piers wrote as he retweeted the news: “You’ve got to be f***ing joking?????”

The TV presenter was reacting to a tweet from ITV royal editor Chris Ship, who was confirming the news about the new book.

He had tweeted: “Prince Harry will write his memoirs @penguinrandom calls it an ‘intimate and heartfelt memoir from one of the most fascinating and influential global figures of our time’.

“He will share his ‘adventures, losses, and life lessons’ says the publisher. Out in late 2022.”

Royal commentator Omid Scobie then wrote that Prince Harry is “ready to tell his story”.

This also hit a nerve with Piers, who slammed the royal for his intentions.

Speaking in a statement about the news, Prince Harry said: “I’m deeply grateful for the opportunity to share what I’ve learned over the course of my life so far and excited for people to read a firsthand account of my life that’s accurate and wholly truthful.”

He is also expected to be donating proceeds to charity.