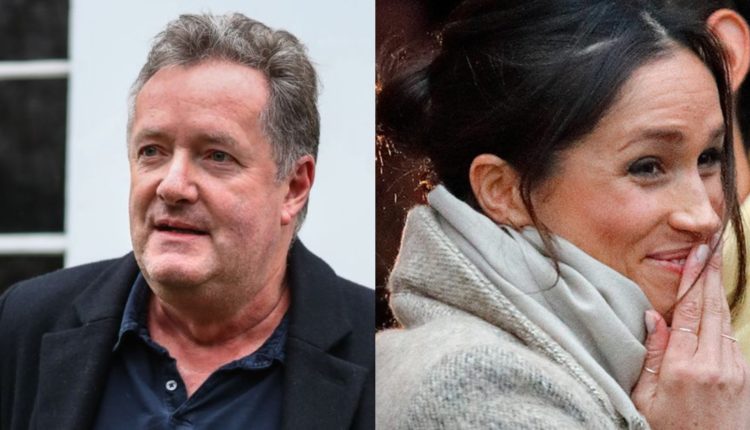 Piers Morgan has boasted he’s constantly being approached by fans showing their support for him after he lost his job on Good Morning Britain for airing his views about Meghan Markle.

The newsman, 55, stepped down from the show amid a storm of controversy over his coverage of the Duchess of Sussex’ bombshell interview with Oprah Winfrey last month.

He has since been airing his side in a series of his own US interviews which were broadcast this week.

Piers has now told his followers he can’t take a walk outside without being showered with support.

He tweeted: “Just went for a walk in the park & received fulsome support from a group of Americans, two Filipinos, an Italian man, a French lady & a Polish woman with striking red hair who informed me I have ‘the total backing of my entire country!’

“Good to have the whole world on my side…”

It comes as it was revealed Meghan is thought to be assembling a “very aggressive legal team” to respond to Piers’ accusations in the past weeks.

Royal expert Angela Levin called Piers a “brave man” and warned that Meghan is getting ready to hit back.

Speaking on TalkRADIO, she said: “Meghan has a very, very aggressive legal team and I think it’s always amazing what these lawyers can come up with.

“I think Piers is a brave man but let’s wait and see.”

Angela went on to insist she’s sure Meghan has a team combing through all of Piers’ past statements in a bid to take a swipe at him.

“I imagine that the lawyers are working out if there is a sentence or a verb or something that Piers said that they could jump on.

“So I think it is a bit precipitous actually to say she hasn’t come back yet.”

Piers walked away from his show Good Morning Britain last month after a row over his coverage of the Duke and Duchess of Sussex’s chat with Oprah.

His TV return aired earlier this week on US channel Fox Nation, and in the interview, he didn’t hold back as he blasted the royal couple once again – referencing Meghan’s claim a family member had asked what colour son Archie’s skin would be.

During the chat, Piers took aim at Prince Harry, declaring he is the only member of the royal family who’s had to apologise for racism.

Piers said: “I’ve met the royals many times. I don’t believe their racist at all.

“In fact, the only member of the royal family who has had to publicly apologise for being racist is Prince Harry who a few years ago had to apologise after using a deeply offensive racist term about a Pakistani soldier that he was working with.

From secret feuds and sexy scandals to the biggest showbiz headlines – we’re serving up a daily dose of gossip.

“But he’s the only one, and isn’t that ironic? That never got mentioned by Oprah Winfrey, and it should have been mentioned.”

He didn’t let Meghan off the hook either, and sensationally accused of her attempting to hoodwink the American public.

Piers talked about the Duchess’ claims about Archie being deliberately refused the title of prince because of his skin colour, the newsman claimed Meghan’s accusations are just not true – insisting he shouldn’t be punished for disbelieving her.