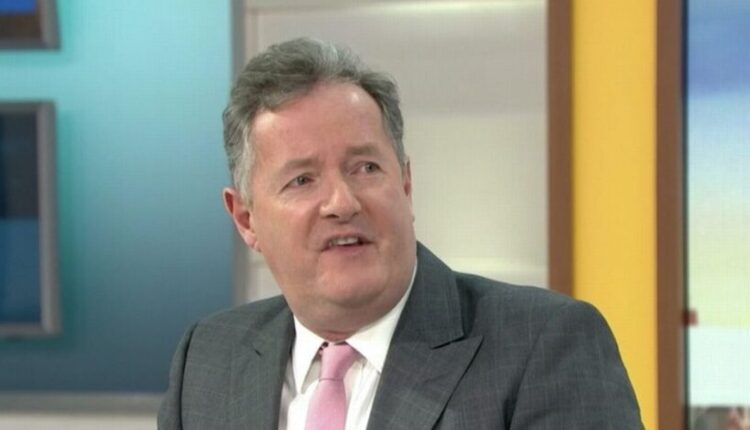 Piers Morgan says that ITV want him to return to Good Morning Britain, despite him quitting the show in March.

The 56-year-old sensationally stormed off the breakfast show during a discussion about Meghan Markle and her explosive interview with Oprah Winfrey.

The following day, Piers announced that he had quit his role as host and left his sidekick Susanna Reid to continue fronting the ITV programme.

Speaking in his first newspaper interview since the drama, Piers claimed that ITV have been in touch.

“They reached out – there have been approaches. Never say never,” he revealed.

“I have no doubt I could take the ratings back to where I left them – but the doubt is, would anyone be allowed to do it that way again?

“I was hired to give very strong, honestly held opinions, which I did. But in the end I was asked to apologise for a genuinely held opinion,” he told The Sun.

Piers continued: “I have had some quite random third-party feelers put out to see if I would consider a return to the show.

“As the Americans say, they reached out – there have been approaches to test the water in the wake of their obvious ratings issues.

“It makes me sad to see all the hard work we did to beat the BBC in viewing numbers evaporate so fast. It’s their problem to work out . . . but never say never,” the outspoken star said.

Ofcom received an eye-watering amount of complaints in regards to Piers’ comments about Meghan Markle.

Piers appeared to cast doubt on the veracity of Meghan’s claims in her recent interview with Oprah Winfrey that she had been suicidal during her time working as a senior member of the Royal Family.

When the complaints reached over 57,000, Piers took to Twitter and wrote: “Only 57,000? I’ve had more people than that come up & congratulate me in the street for what I said.

“The vast majority of Britons are right behind me,” he added.