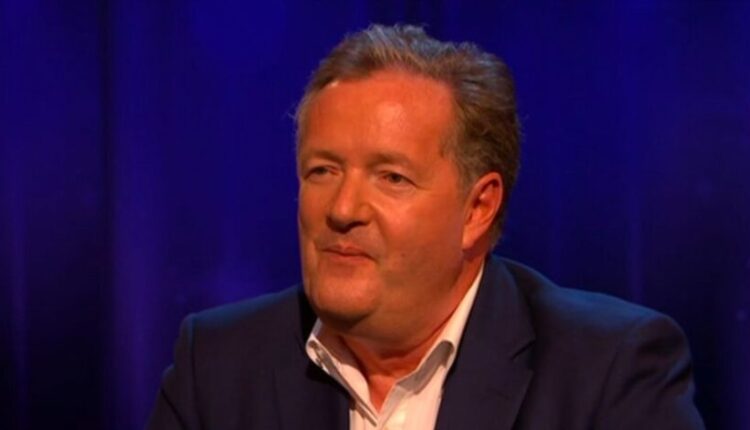 Piers Morgan has fired both barrels in a seething take-down over Prince Harry ’s decision to ‘pen’ his memoirs.

The Royal Family are likely braced for more ‘truth-bombs’ to be dropped by the 36-year-old Prince, but 56-year-old Piers has performed something of a preemptive strike by sharing some truths of his own in light of the news that Harry will pen the story of his life – ghostwritten by Pulitzer Prize winner J. R. Moehringer.

Rounding on the Prince, Piers predicts his upcoming book will be another instance where Harry will share a ‘distorted’ string of truths similar to those announced during an interview with Oprah Winfrey back in March – many details of which have been disproved since the bombshell interview aired.

And the former Good Morning Britain host has accused the junior Royal of gross hypocrisy – after Harry quit the UK last year to move to America with his wife Meghan Markle and their growing family in order to live a more private life.

Since then, Harry and Meghan have drawn attention due to the controversial Oprah interview, landed deals with Netflix and Spotify, while Harry has also shared details of his private life via an Apple TV+ documentary series about mental health.

Piers blasted the Prince in his column for the Daily Mail where he objected to Harry failing to follow Queen Elizabeth’s approach to public life of ‘never complain, never explain,’ arguing all the Prince does now is complain about his privileged life, while continuing to elevate his time in the spotlight.

He accused Harry of being a ‘sell-out’ and predicts he will cause further upset to HM The Queen, 95 – who is still grieving the death of her husband, Prince Philip, who passed away aged 99 in April.

Highlighting the book deal – believed to be worth $20 million (£14.6 million), which will reportedly go to charity – Piers wrote: “just when we assumed that the man who insisted he had to leave Britain to protect his privacy had exhausted every lucrative avenue of invading his own privacy, he’s written his memoirs.”

The TV host claims Harry will continue to trash his family in public, because he is devoid of any other ‘skill’.

He argued: “Why would someone whose only currency now is airing dirty laundry about his family to any media entity that will pay him enough, NOT write a book flinging yet more mud at them?

“To be blunt: Harry’s a sell-out, and this is just another example of him selling out. It’s sad, pathetic, and totally unnecessary, and it will obviously cause yet more pain to his grandmother who is still mourning the loss of her husband Philip.”

Piers went on to question if there was an added knife hidden within the timing for when his book is due.

He posed: “The book is coming out next year, 2022 – a year that is supposed to be all about celebrating the Queen’s Platinum Jubilee, marking her 70 years of service to her country.

It’s a stunning achievement for a woman who came to the throne when she was just 25 (11 years younger than her grandson is today).

“But now, yet again, focus will be deflected away from Her Majesty and back to the attention-seeking grandson whose visceral hatred of the media is now only matched by his addiction to using the same media for self-promotional reasons.”

Harry has already declared that the book he is writing – with a draft reportedly on course for completion by October – will be “not as the prince I was born but as the man I have become.”

But in a scathing closing point, Piers described Harry as: “a treacherous toad, totally unrecognisable from the brave war hero who served his country so valiantly in Afghanistan.”

Many members of the British public have turned on the once much-loved Prince in the aftermath of his sit down with Oprah and due to his subsequent TV appearances.

Many took issue with the fact that the privileged prince complained on US TV that he was upset over having his bodyguards cancelled after he moved to America – seemingly taking no account of the fact that British taxpayers, who he abandoned by moving abroad, would traditionally foot the bill for such service.

While the arrival of Meghan and Harry’s daughter, Lilibet, in June raised eyebrows as the child was named in honour of Queen Elizabeth despite bashing the Royal Family in public.