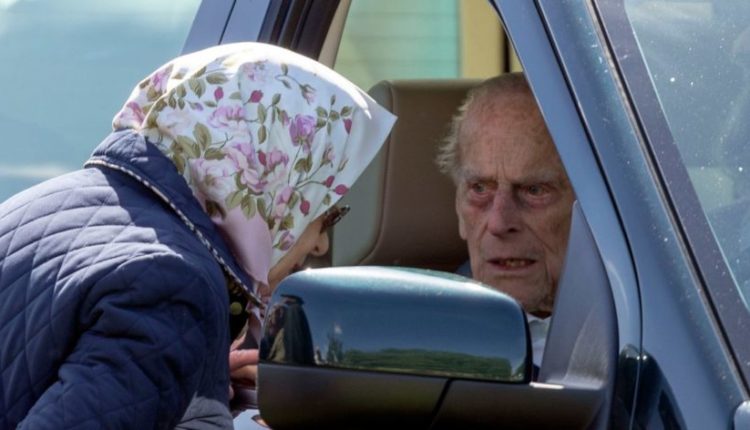 One of Prince Philip’s final wishes will be granted just before his funeral when his coffin is transported in the back of a Land Rover he helped to design.

It is a fitting tribute to the 99-year-old Duke of Edinburgh – the nation’s longest consort – who was known for his practical skills and his enduring interest in design and engineering.

It is said that he often told the Queen when discussing his funeral that he wanted his body be ‘stuck’ in the back of a Land Rover and ‘driven to Windsor’.

The purpose-built Land Rover that will be used during Saturday’s procession was specially modified to carry a coffin in a project that the duke helped with many years ago.

Land Rover was one of Philip’s preferred automakers.

“Just stick me in the back of a Land Rover and drive me to Windsor,” he once told the Queen when discussing his funeral, the Mail on Sunday reported.

The Queen has given final approval to the funeral plans, codenamed Forth Bridge.

Only 30 guests are permitted to attend due to England’s coronavirus lockdown rules.

The Land Rover is believed to be a modified Defender 130 Gun Bus, which was commissioned in 2005.

In 2016, Foley Specialist Vehicles said it delivered a totally rebuilt Gun Bus to Philip for use on his estates.

It was made to his specifications in traditional deep bronze green, and built onto a galvanised chassis and hand-built rear body.

A bearer party from the Grenadier Guards will place the coffin on the Land Rover at the state entrance of the castle, before the vehicle begins the eight-minute journey – at walking pace – to the west steps of the chapel.

It will be flanked by pall bearers reflecting the duke’s special relationships with the military – the Royal Marines, Regiments, Corps and Air Stations.

Immediately behind the Land Rover, the Prince of Wales and other members of the royal family, likely to be the duke’s other children and some of his grandchildren, will proceed on foot.

The Land Rover’s poignant role in the funeral proceedings always formed part of Operation Forth Bridge – the codename given to the plans following Philip’s death.

But before the pandemic, it was planned the vehicle would transport the duke’s coffin from Wellington Arch in central London to Windsor, and travel up the Long Walk, with members of the royal family joining the procession part way and walking through Windsor town centre to the castle.

All public elements of the funeral have been removed – including large-scale processions through London and Windsor – so as not to draw crowds during the coronavirus crisis.

A Palace spokesman said: “The duke had a great interest in design so that is where the involvement of the Land Rover comes from.

“The Land Rover was very much part of the original plans as approved by the duke.”

A senior Palace official added: “The Duke of Edinburgh had a hand many years ago in the design of these vehicles.”

The official added that there were two Land Rovers for “belt and braces”.

The firm said on Twitter: “We are deeply saddened by the passing of His Royal Highness The Prince Philip, Duke of Edinburgh.

“Our thoughts are with Her Majesty The Queen & Royal Family. The Duke devoted his life to public service & made a significant contribution to UK manufacturing, engineering & design.”

In 2019, the duke, then 97, was driving a Land Rover Freelander when he was involved in a serious car crash involving a mother and a baby.

The car Philip was driving was hit by another vehicle when he pulled out of a driveway on the Sandringham estate in Norfolk on to a busy A road, after being dazzled by the low sun.

The duke’s car flipped over and he was trapped, and had to be rescued through the sunroof by a passing motorist. He was miraculously unscathed.

The baby was unhurt, but both women in the other vehicle had to be treated in hospital, and one broke her wrist.

Three weeks after the crash, Buckingham Palace announced that Philip’s driving days on public roads were finally over and that he had voluntarily surrendered his driving licence.

The CPS later confirmed Philip would face no action over the crash.