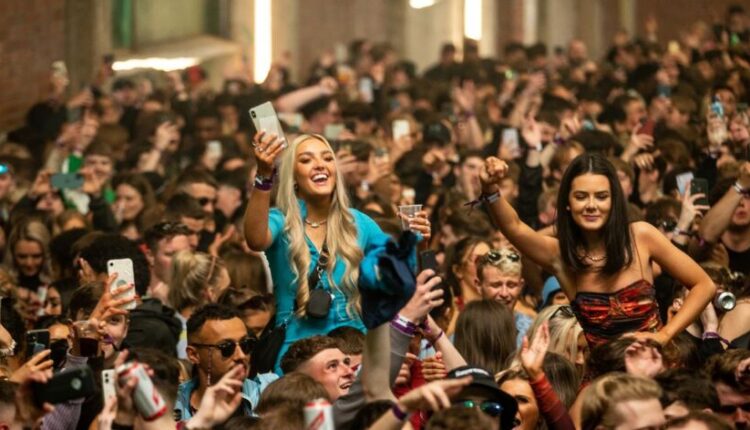 People will need to be fully vaccinated to get into nightclubs and crowded venues from October, Boris Johnson has confirmed.

The Prime Minister put clubs on notice tonight as he bizarrely warned of the “continuing risk posed by nightclubs” – exactly 17 hours after he gave the legal order for them to reopen in England.

He justified the contradiction as he insisted “we don’t want to close” nightclubs now – and asked “if not now, when?” could they open up.

Mr Johnson could not specify whether pubs, restaurant, bars, cinemas or theatres could be affected too.

The Prime Minister told the press conference from the end of September, being fully-vaccinated will be a “condition of entry to nightclubs and other venues where large crowds gather”.

And on pubs, he added “I don’t want to get a situation where people are asked to reduce papers to go anywhere, to enjoy any of the pleasures that they do” – but did not rule it out.

Until October Vaccines Minister Nadhim Zahawi encouraged buisnesses to use COVID passes which show if punters are vaccinated or are tested negative for Covid – but it is not mandatory for venues to use them.

Chief Scientific Advisor Patrick Vallance warned at a No10 press conference that “we will see outbreaks relating to specific nightclubs” after they reopened in England, and the venues by their nature have “potential for super spreading events”.

But the Prime Minister prompted confusion about exactly what legal status the nightclub vaccine rule would have, by later saying only “we may well” want to do it.

He told the press conference: “I don’t particularly want to single out any sector or business, but there is evidence from other countries that they’ve had a particular problem with the opening of nightclubs.

“So what we’re repeating today is we want nightclubs to behave responsibly, use the NHS app.

“We reserve the right to go to mandating for that if we have to.”

Earlier, he had said: “I should serve notice now that by the end of September – when all over 18s will have had the chance to be double jabbed – we are planning to make full vaccination the condition of entry to nightclubs and other venues where large crowds gather.”

The NHS app allows people to show proof of either a double-dose vaccine, a recent negative test, or natural immunity. But currently it is only voluntary and nightclubs do not have to demand it as a condition of entry.

Mr Johnson appears to be suggesting it will be compulsory in future and venues will only accept vaccine status, not the other two factors.

Justin Madders, shadow health minister, said: “This make it up as you go along government is causing more chaos when what people and businesses need is certainty.

“How can it be safe to go to nightclubs now, with no protective measures, if in September it will require double jab status? It makes no sense.

“This proposal is more confusion and incompetence from the heart of government at the expense of public health. They need to get a grip.”

“They would place a huge, unfair burden on local businesses, which have already been hit so badly by the pandemic and can’t afford the extra costs of enforcing this system.

“The Government has U-turned on Covid ID cards so many times already. It should execute one final handbrake turn and rule them out for good.”

Minutes before the No10 press conference began, he said everyone 18 and over would have had the chance to be double jabbed by October.

His comments appear a contrast to thoughts on nightclubs this morning, when the PM’s official spokesman said: “As far as I’m aware those nightclubs are operating within the rules.”

First announcing the measures, Mr Zahawi told the Commons: “We are supporting the safe reopening of large crowded settings such as nightclubs, as we saw last night, and music venues with the use of the NHS Covid pass as a condition of entry to reduce the risks of transmission.

“I encourage businesses to draw on this support and use the NHS Covid pass in the weeks ahead.

“We will be keeping a close watch on how it is used by venues and we reserve the right to mandate if necessary.”

Mr Zahawi added: “Proof of a negative test will no longer be sufficient.

“Any decisions will of course be subject to parliamentary scrutiny and we will ensure appropriate exemptions for those who have genuine medical reasons of why they can’t get vaccinated.”