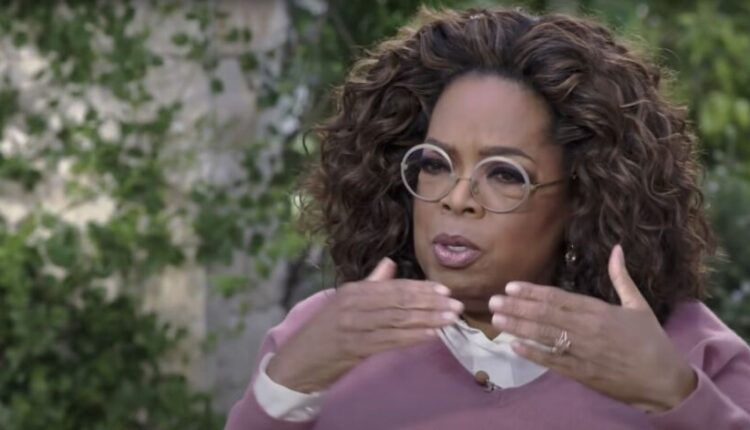 The American talk show host sat down to speak with the Duchess of Sussex, 39, and her husband Prince Harry, 36, about life as a royal, with Meghan making allegations of racism against the family and also opening up about her suicidal thoughts.

However the TV star claims it was ‘powerful’ as Harry and Meghan ‘wanted to be able to tell their story and tell it in such a way that allowed them to be as truthful as possible’.

Oprah revealed she had sent the couple a text before the interview, and from her understanding, they were going to share the ‘truth’.

Speaking about the interview on Nancy O’Dell’s Channel on talkshoplive, Oprah explained: “I had no idea that it would have the reverberating impact it has had and continues to have. I did a lot of preparation for that.”

The author also admitted she was ‘surprised’ that Harry and Meghan were open during the interview – particularly around the former Suits actress’ comment that royal family members had ‘conversations with Harry about how dark [Archie’s] skin might be when he’s born’.

She understood they were going to share their truth, adding: “Whenever I’m doing interviews with anybody for anything that is significant, I have a conversation with them before.

“I didn’t see Harry and Meghan before but I did text them and say intention is very important to me, tell me what your intention is, so that we can be aligned in our goal. And our shared intention was the truth. They wanted to be able to tell their story and tell it in such a way that allowed them to be as truthful as possible.”

Oprah concluded: “It was really important to me that what we put out there in the world was put out at the time everyone could see it and that things didn’t leak, and things weren’t misconstrued before the actual interview happened.

“So I remember when we finished doing the interview and that interview was 3 hours and 20 minutes I think, and I stood up and said to the crew, we all know what was said here, and how important it is to have the trust of the people who just shared that, and so I’m hoping you all will not go out into the world and share what has happened here. And nobody did.