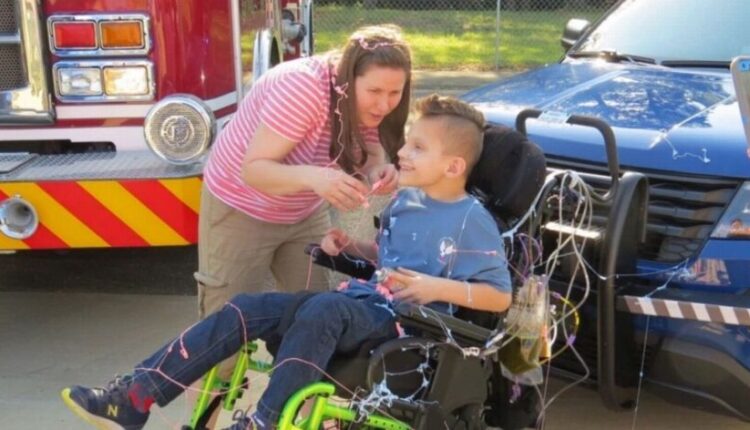 A mum has been accused of lying to doctors about her adoptive son suffering from a mystery illness that left him in a wheelchair an on a feeding tube.

Kristy Schneider also allegedly arranged for Louis to be placed on an end-of-life care plan after telling medics he had a chromosomal disorder.

According to a report she said Louis was in “significant and persistent” pain which led to him being given high doses of pain-killing drugs like fentanyl and morphine.

Schneider, from Little Rock in the United States, also frequently posted about his illness on her Facebook page and blog which has since been deleted, news station KATV reported. 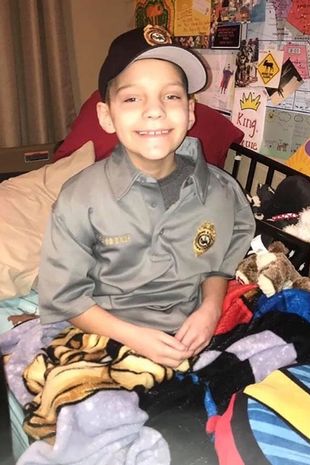 At one point Schneider and her husband, Erik, sought end-of-life care for the then nine-year-old and even arranged for multiple law enforcement agencies to line the route to a hospice centre to salute him.

But after a month, the boy was discharged from the hospital, the outlet reported.

At a Department of Human Service hearing Dr Megan Repp, one of Louie’s primary doctors, said she started having concerns for the boy within the first three to four visits because the pain claims and symptoms didn’t match with what she was seeing.

Louis no longer needs a wheelchair or feeding tube 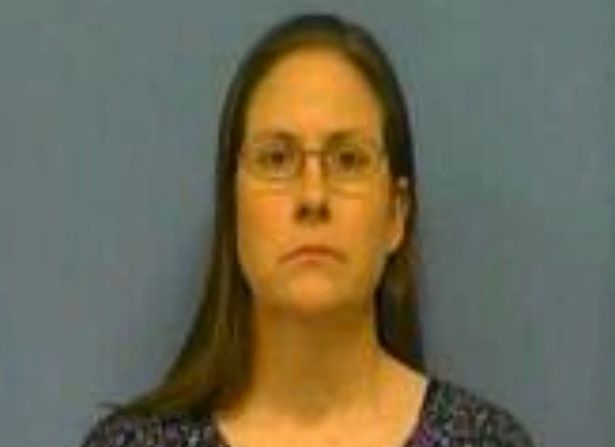 She added at one point Louise was not expected to survive but when he miraculously did Schneider said “he did a bad job of dying.”

The Schneiders lost custody of Louie, in 2019 after a court heard that she had misrepresented to doctors his medical condition.

Schneider is charged with endangering the welfare of a minor (

The custody hearing was told Schneider was suffering from Munchausen by proxy syndrome, a disorder in which carers “intentionally harm or describe non-existent symptoms in their children to get the attention given to the family of someone who is sick”.

After Louis was removed from their care he was able to eat and walk on his own despite having used a wheelchair and feeding tube for months.

On Tuesday Schneider turned herself into police and has been charged with endangering the welfare of a minor.