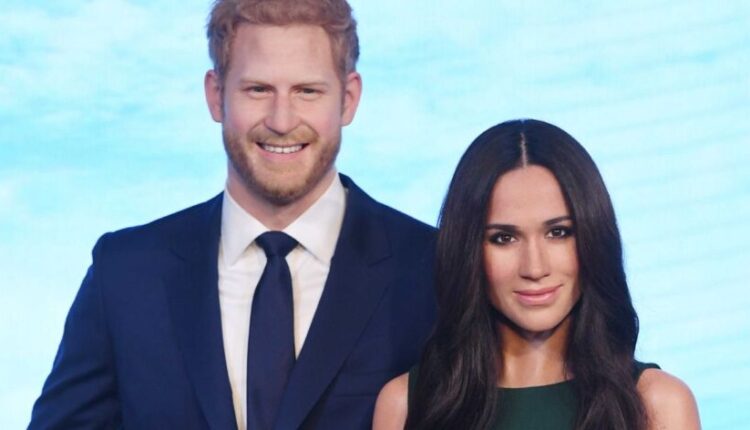 Madame Tussauds’ waxworks of Meghan Markle and Prince Harry have been removed from the royal family to spend more time with LA celebrities – much like in real life.

The move comes ahead of the museum’s much-anticipated reopening on May 17 following the easing of coronavirus lockdown restrictions, and reflects the Duke and Duchess’ move from the UK to the US.

Harry, 37, and Meghan, 39, moved to Santa Barbara in California last year after announcing they would quit their lives as senior members of the royal family.

And while it was hoped they would stay on friendly terms, there has been a rift between the couple and the rest of the royal family after the bombshell Oprah interview, where they accused a member of The Firm of racism and being insensitive to mental health issues.

The museum has now relocated the two models to the Awards Party Zone to stand by A-listers such as Brad Pitt, George Clooney, Nicole Kidman and the Beckhams.

Madame Tussauds’ General Manager Tim Waters said: “We cannot wait to open our doors to guests again from May 17 and get back to what we do best.

“We’ll be unveiling a host of exciting changes to the attraction and welcoming some new famous faces to our star-studded line-up that will help bring back the glamour and excitement that London has been craving, all in the safest way possible.”

While the Duke of Sussex’s wax figure doesn’t seem to have changed, Meghan’s model seems to have been replaced with one of her in a bright blue dress.

The Duchess wore that dress in a dreamy picture of her and Harry looking as in love as ever as they shared an umbrella while heading to an event at Mansion House in London in 2020.

The two are now living in a £11.1 million pad in Montecito, Santa Barbara, with their two-year-old Archie.

The couple also announced on Valentine’s Day that their second child was on their way.

While they revealed in the Oprah interview in March that they are expecting a baby girl due in summer.

The museum will finally reopen on May 17 as part of the England’s third stage to exiting lockdown, which will also see cinemas, theatres and other entertainment venues reopen.

As of next Monday, people from different bubbles will also finally be able to meet indoors as long as they stick to the rule of six or two households.

Outdoor gatherings will allow 30 people to meet, up from the current six or two households rule.