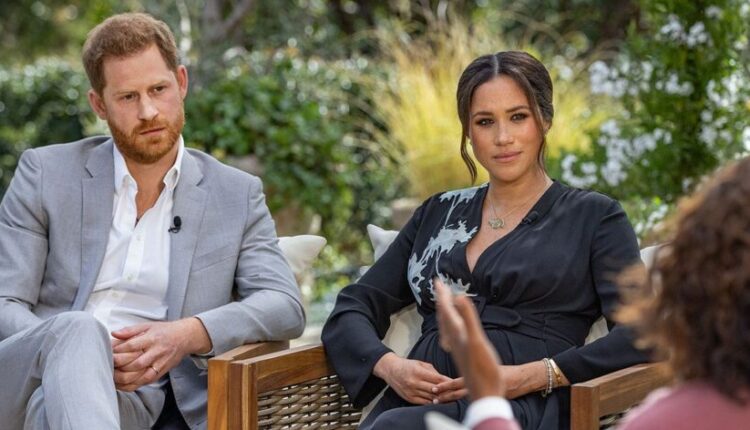 Meghan was ‘hoping for an apology’ after Oprah interview, royal expert claims

Meghan Markle was “hoping for an apology” from the royal family after her bombshell interview with Oprah Winfrey, a royal expert has claimed.

Meghan, along with husband Prince Harry, sat down for a tell-all chat with the TV star in March and made a series of shocking allegations.

They included how she was suicidal during her time in the royal family, accusing her in-laws of being concerned about how dark son Archie’s skin would be and claiming the Duchess of Cambridge made her cry.

But royal author Tom Quinn says he believes Meghan didn’t give the explosive interview in order to upset the family and that she really wanted some sympathy from them.

Tom, author of Kensington Palace: An Intimate Memoir, told the Channel 5 documentary Meghan at 40: The Climb To Power: “I think she was hoping for an apology, I think she was hoping they would phone and say, ‘We are really sorry, we now see that we pushed you too far. We should have behaved differently, we should have sat down as a family and discussed your mental health issues’.

“I think she was horrified afterward that the reaction was so negative from the family and they didn’t respond in the way that she wanted.”

Meanwhile, Tom also told the programme that giving the Oprah interview is a decision that Meghan may come to regret.

Love the royals? Sign up for the Mirror’s daily newsletter to get all the latest news on the Queen, Charles, Kate, Wills, Meghan, Harry and the rest of The Firm. Click here to sign up .

He added: “I think that she thought when she entered the Royal Family she could shake them up and they would love it, she would do things Meghan’s way.”

“When that didn’t happen and she came up against what she saw as the forces of reaction it made her so upset that, that interview was her way I think the only way for her to get her revenge and put the case as she saw it.

“But I think later on she will think I shouldn’t have burnt my bridges to that extent.”

Since quitting the royal family last year, the Sussexes have used the TV interview, along with the Harry’s chat with James Corden, to discuss their time in the Firm and fallouts behind palace walls.

Last week, it was announced that he would be writing an “accurate and wholly truthful” memoir of his life.

It is unclear exactly what will be included in the book, which is set to be released late next year, but it may well shed new light on why he and wife Meghan Markle quit the Firm to move to the US.