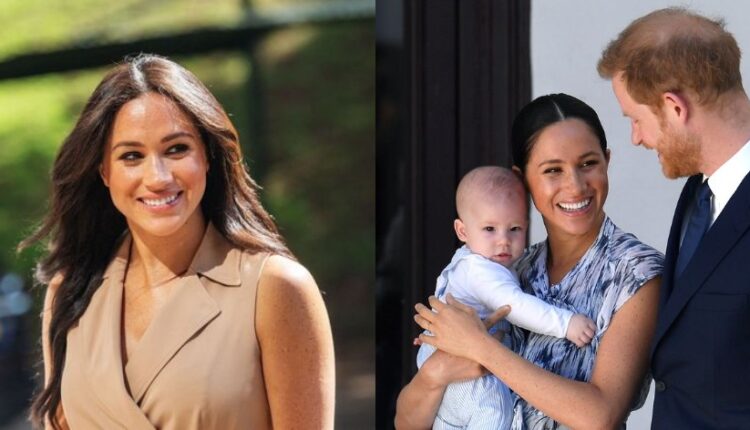 Meghan Markle and Prince Harry say their family is now complete after the birth of their baby girl – Lilibet “Lili” Diana Mountbatten-Windsor.

The Duke and Duchess of Sussex had their second child at Santa Barbara Cottage Hospital on Friday at 11.40am – and have honoured the Queen, Prince Philip and Diana with her adorable name.

Lilibet is a touching nod to her great-grandmother, who was affectionately called the nickname by her family.

The royal couple also honoured the Princess of Wales, who died in a car crash in 1997 when Harry was just 12.

During the bombshell show, Prince Harry said he couldn’t ask ‘for more’ after they revealed the gender.

He said: “To have any child, any one or any two, would have been amazing. But to have a boy and then a girl, what more can you ask for. We’ve got our family—the four of us and our two dogs.”

The couple also confirmed that they weren’t planning to have any more.

Meghan was asked by Oprah during her bombshell interview earlier this year as they discussed her pregnancy. “Done—two is it?” Oprah asked.

To which Meghan replied: “Two is it.”

The royal couple announced their happy news this afternoon – two days after the birth.

“On June 4th, we were blessed with the arrival of our daughter, Lili. She is more than we could have ever imagined, and we remain grateful for the love and prayers we’ve felt from across the globe,” Harry and Meghan said in a statement.

What do you think of Meghan and Harry’s choice of name? Add your congratulations in the comments

“Thank you for your continued kindness and support during this very special time for our family.”

Both mother and baby were doing well and were back at home, their press secretary said.

The birth follows a tumultuous year for the couple, who have stepped down from royal duties and moved to the United States to live more independent lives.

Harry, 36, has spoken recently about how the trauma of the loss was compounded when he had to walk as a 12-year-old behind his mother Diana’s coffin in her funeral cortege under the glare of the world’s media.

Harry and Meghan’s first child, Archie, was born in 2019, and the family now live in Santa Barbara in a £11m mansion and are neighbours of Oprah.

No pictures of the new royal have been released yet, leaving the world waiting on tenterhooks for the adorable first images of the baby.

Today’s happy news follows a traumatic year for the couple after they suffered a miscarriage.

Meghan has been widely praised for writing about her painful experience, in which she described the devastating day and her trip to hospital.

In a piece titled ‘The Losses We Share’ for the New York Times, she wrote: “It was a July morning that began as ordinarily as any other day: Make breakfast. Feed the dogs. Take vitamins. Find that missing sock. Pick up the rogue crayon that rolled under the table. Throw my hair in a ponytail before getting my son from his crib.

“After changing his diaper, I felt a sharp cramp. I dropped to the floor with him in my arms, humming a lullaby to keep us both calm, the cheerful tune a stark contrast to my sense that something was not right.