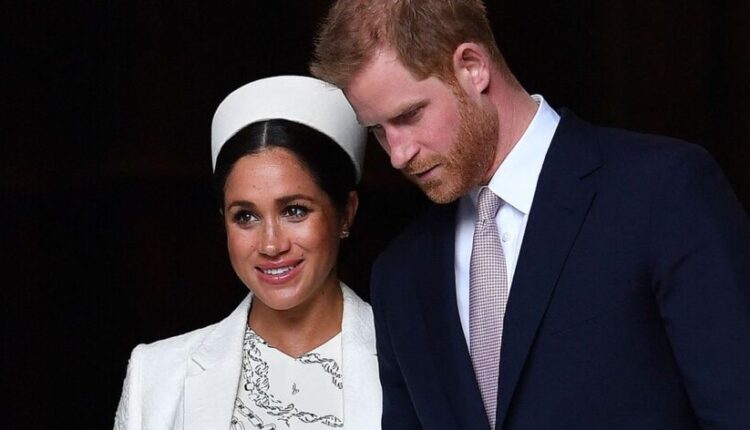 Prince Harry and Meghan Markle may decide to call their daughter Philippa, in honour of Prince Philip, when she is born this summer.

The couple announced they are expecting their second child on Valentine’s Day, while revealing to Oprah a month later that it would be a girl and she’d be born in the “summertime”.

Now bookies are predicting that the Duke and Duchess of Sussex will name their daughter Philippa in a heartwarming tribute to the Duke of Edinburgh, who died on April 9 aged 99.

In light of his recent passing, more people now think Philippa will overtake the name Diana, in honour of Harry and William’s mum, according to bookies’ odds by Ladbrokes.

What are your thoughts on this ? Let us know in the comments section below.

Odds on the royal couple – who last year quit their lives as senior royals to start afresh in California – naming their baby Philippa has now slashed to 3/1, compared to the 5/1 for Diana.

Elizabeth, which would honour the Queen, is now at 10/1 on the gambling site.

“Royal fans are increasingly hopeful that Harry and Meghan will name their daughter Philippa, and we’ve been forced to cut the odds accordingly as it’s the only name punters are backing right now,” Jessica O’Reilly of Ladbrokes said

“It certainly wouldn’t be a huge surprise if Diana is used, though it seems more likely it will be a middle name.

“Elizabeth is also proving a popular bet, with royalists thinking it could be an olive branch from the couple to Her Majesty.”

She added: “Over the last few weeks the odds on baby Philippa have been backed heavily by royal punters which has forced the moniker into favouritism from 33/1. It would be an incredibly touching gesture for Harry and Meghan to call their firstborn daughter Philippa, and fans of the couple are seemingly convinced there will be a nod to Harry’s Mother and Grandparents somewhere in the little girl’s full name.”

It wouldn’t be the first time the Duke’s name is passed on to one of his great-grandchildren.

Granddaughters Princess Eugenie and Zara Tindall both named their sons after the Duke when they were born in February and March this year.

Eugenie and her husband Jack Brooksbank had their first child on February 9, and called him August Philip Hawke Brooksbank.

Then in March, Zara gave birth to her third child at home with husband Mike Tindall at Gatcombe Park and he was called Lucas Philip Tindall.

It comes as Meghan recently spoke about her second pregnancy during her first televised appearance since the bombshell Oprah interview in March.

Appearing at the Vax Live event in the US, she said: “My husband and I are thrilled to soon be welcoming a daughter.

“It’s a feeling of joy we share with millions of other families around the world.

“When we think of her, we think of all the young women and girls around the globe who must be given the ability and the support to lead us forward.”