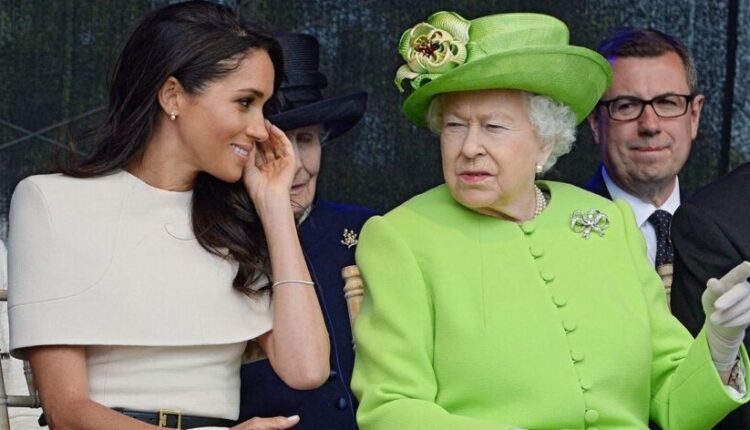 A royal biographer has branded Prince Harry and Meghan Markle “rude” for naming their daughter after the Queen’s nickname Lilibet.

The Duke and Duchess of Sussex announced the birth of their daughter yesterday and revealed her name, which was a nod to Queen Elizabeth’s nickname when she was younger.

However, royal biographer Angela Levin has said that she “doesn’t think it’s right” as it was a “very private nickname” that late husband Prince Philip had for her.

She also suggested that the Queen had been left “blindsided” by the name.

Angela appeared on Good Morning Britain today alongside journalist Afua Adom, who blasted her remarks as “frankly ridiculous” and pointed out that it was also a sweet nod to Meghan’s mum Doria.

Initially, Angela said that it is always “a miracle when a new baby is born” but that she “would like to move the event”.

“I don’t think it’s right, it’s rude,” she stated, leaving stunned host Susanna Reid echoing what she had said in disbelief. “It was a very private nickname from her husband, who hasn’t been long dead.”

When Susanna pointed out that it hadn’t exactly been private as everyone knew of the Queen’s nickname, Angela said: “It was his name, it was his special name.

“I think it’s quite demeaning.”

Richard Madeley interjected, asked whether the Queen “when having her egg and soldiers this morning” wasn’t happy about the news.

“Not after what’s happened, she’s desperately unhappy,” Angela insisted. “Harry did mention to his grandma that he was going to name his daughter after her but I bet she didn’t know it was going to be Lilibet.”

She also insisted that the Queen was likely “blindsided” by the announcement.

But Afua responded: “That’s frankly ridiculous. I was speechless for a second there.

“Lilibet is such a pretty name, it’s such a cute name. It is not just about being named after the Queen.

“It is a bit of a nod to Meghan’s mother Doria as well, because Meghan’s mother’s nickname for her is flower, hence why we’ve got Lili in there for Lilibet.”

But host Susanna Reid wasn’t convinced, suggesting that it was “a bit of a stretch”.

“It is a bit of a stretch,” she conceded. “But it’s also a bit of a stretch to say that the Queen is now sitting up in bed with her egg and soldiers, blindsided and disappointed and fuming that her great grandchild is named after her!”

Afua added: “I think it’s lovely that we have Diana in there as well.”