I love my boyfriend but I'm having the best sex of my life with his dad, 45 - Daily Net 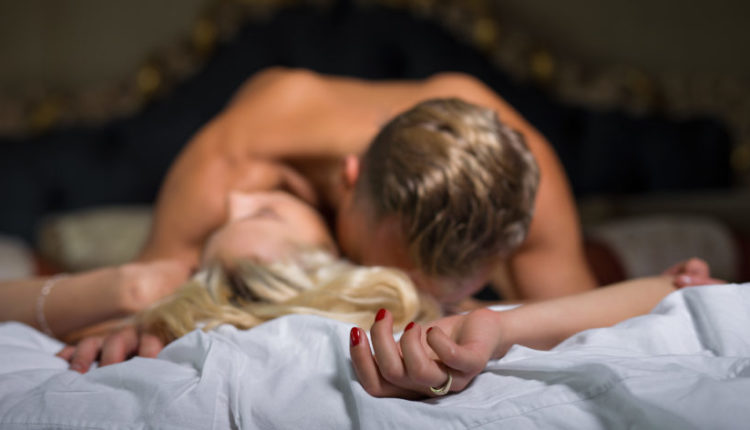 I love my boyfriend but I’m having the best sex of my life with his dad, 45

DEAR DEIDRE: I AM having sex with my boyfriend’s dad.

I feel guilty but it’s the best sex I’ve ever had.

I am 20 and my boyfriend is 21. We are saving up for a place of our own while we still both live at home. The downside is we get little opportunity to be intimate.

We thought we were alone at his house a couple of months ago and decided to have sex in his bedroom.

We were right in the middle of the best part when his dad suddenly walked in. It gave us the fright of our lives.

I tried to pull the covers over me but I saw the look on his father’s face. It completely ruined the moment for us.

My boyfriend had to leave for work an hour later but I stayed and took a shower.

The house was quiet and I thought his dad must have gone out, but when I went downstairs he was waiting in the kitchen.

He’s 45 and his wife left him for another guy when my boyfriend was a teenager.

He walked up to me, put his arms around me and started kissing me.

I said I thought he would be angry. He said not at all, but he wanted some of the action, too.

He is a good-looking, charming and sophisticated man. He offered me a glass of wine and I started to relax.

He kissed me again and I didn’t resist. We ended up having sex.

It was the most passionate I have ever known. He is so experienced and knows exactly what buttons to press.

We have had sex several times since.

I love my boyfriend but I cannot deny the way his dad makes me feel. I feel so guilty and know this can’t go on.

A SENSUOUS all-over body massage can be a wonderful way to revive a relationship and rescue a flagging sex life.

My leaflet Massage For Couples is a step-by-step guide.

For a copy, email me at problems@deardeidre.org or private message me on Facebook.

DEIDRE SAYS: Your boyfriend’s dad may be an amazing lover – after all he’s had years more practice – but he’s a lousy father.

Muscling in on his son’s girlfriend is totally selfish.

He may have been turned-on by the sight of you but it doesn’t justify him acting on his urges.

You are flattering his ego, turning back the years and making his fantasy real, but this situation is all going to end in tears if you let it carry on.

You are sitting on a time-bomb and could be caught out just as you and your boyfriend were. And then what happens?

Trust will be broken all round and may take a very long time to recover from, if at all.

It would be unfair, but if that happens the family may well close ranks and point the blame at you.

If you love your boyfriend as you say you do, then be the adult here and step away from his dad while you still can