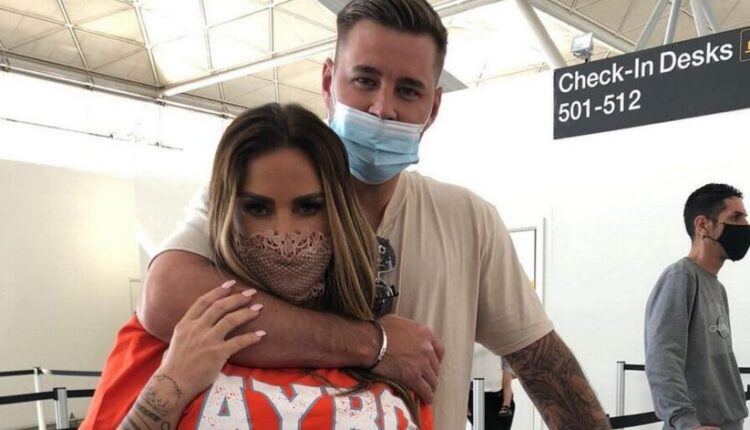 Katie Price is set to go under the knife today in a Turkey clinic where a mother-of-three tragically died after undergoing liposuction and a bum-lift last year.

The 43-year-old star is set to drastically alter her appearance by getting full body liposuction as well as a brow and face lift and another set of new teeth.

The surgeries are estimated to set Katie back over £12k.

It comes almost one year after mum-of-three Abimbola Ajoke Bamgbose tragically died after undergoing a bum-lift at the same clinic in Turkey.

The 38-year-old social worker from Kent tragically died from peritonitis – inflammation of the inner abdominal wall – and multiple organ failure as a complication of liposuction surgery.

Katie was seen jetting to Turkey yesterday, which is currently on the red list for travel, according to The Sun.

Her beau, Carl Woods has accompanied her on the getaway.

A representative for Katie told the publication: “The surgery date is today.

“After overcoming her horrific injuries – two broken feet and subsequent extensive surgery to fix them – Katie has opted for a procedure she deems a mental ‘pick me up’.

“Katie cannot run, as is her usual method to shed weight – she has maintained her health and is otherwise fit but the weight remains.

“This weight is also putting pressure on her feet causing her constant pain.”

Mum-of-five Katie recently insisted that liposuction is the ‘only’ way she sees herself losing weight as she gets to grips with exercise again after breaking both her feet last year.

The reality TV star aims to get into the best shape of her life in a bid to help her conceive her sixth child.

In a recent interview, she insisted: “I have tried so much to lose weight, obviously we want a baby and we’re doing IVF.

“I just want to shift some weight before we do it so I am going to have surgery.”

The star also recently opened up about her weight gain, admitting that she feels like a different person in her body.

“I genuinely have put on weight. I’ve put on two stone and I absolutely hate it,” she complained.

“I’m fed up of moaning about it, but then I say that while I’m eating a burger, so I can’t help myself.”

The Mirror has reached out to Katie’s representatives for comment on this story.