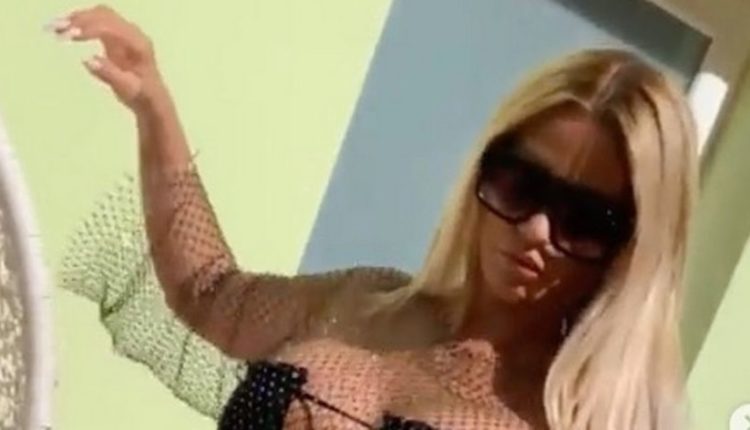 The telly star, who rose to fame as glamour model Jordan, is said to have told friends she’s been offered big money to have sex on camera, but she’s turned every deal down.

During the bash, she flashed shocked fans by whipping up her top to flash her boobs.

Video footage also showed her talking about her ex-boyfriend Dane Bowers and the size of his manhood.

Her wild antics are said to have infuriated current boyfriend Kris Boyson, who reportedly dumped her over the incident.

However, the pair soon made up and are now back together.

They have jetted off for a holiday in Turkey less than three weeks since Katie headed there for a total body makeover.

As well as a facelift, she also had liposuction and a tummy tuck.

It’s hoped Katie and Kris will be able to put the row behind them as they soak up the sun together on a romantic getaway.