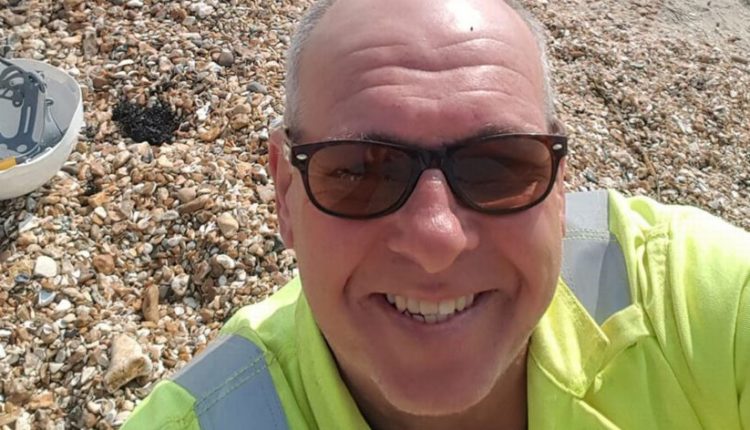 Tragic Steve Dymond expected The Jeremy Kyle show to provide after-care, but execs only made contact after his death, his landlady has claimed.

Steven, 62, is believed to have taken his own life just days filming the ITV show, with landlady ‘Shelly’ claiming he felt ‘humiliated and traumatised’.

She discovered Steven’s body in his room last Thursday, and says execs flooded to her address in Portsmouth on Saturday after she reported his death.

According to Shelly, 55, he was ‘sobbing and distraught’ when he returned from filming on May 2 after failing a lie-detector test about whether he had cheated on his on-off girlfriend, Jane Callaghan.

Were you at the recording of the show? Email webcelebs@mirror.co.uk

“He told me he had wanted to kill himself when he was being driven back to Portsmouth by a taxi that the show had booked,” she told the Daily Mail .

“He said he thought about overdosing on his medication and throwing himself out the moving car. He was just a mess and he was just humilated.”

She said Steven continued to spend more and more time in his room, and ‘naively’ thought the show would offer him counselling and therapy.

But it was only after his death that reps from the show arrived, she said.

“They didn’t come down when he needed them, the show tipped him over the edge. They humiliated him,” she added.

ITV pulled the scheduled broadcast of the episode on Monday, suspended filming of the show and removed all past episodes from the ITV Hub.

The episode will now be submitted for review, an ITV spokesperson confirmed.

“Everyone at ITV and The Jeremy Kyle Show is shocked and saddened at the news of the death of a participant in the show a week after the recording of the episode they featured in and our thoughts are with their family and friends,” the channel said in a statement.

“ITV will not screen the episode in which they featured. Given the seriousness of this event, ITV has also decided to suspend both filming and broadcasting of The Jeremy Kyle Show with immediate effect in order to give it time to conduct a review of this episode of the show.

“The Jeremy Kyle Show has significant and detailed duty of care processes in place for contributors pre, during and post show which have been built up over 14 years.

“We are reviewing this episode and are not making any further comment until this review is complete.”