'I'm not inviting my youngest child to my wedding, my fiancée doesn't like her' - Daily Net 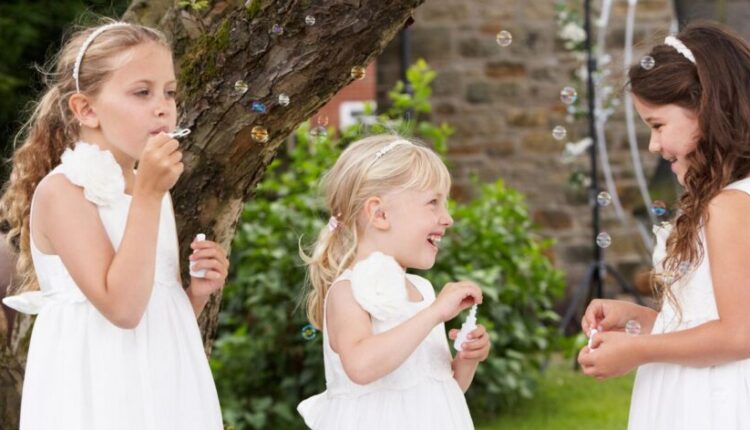 ‘I’m not inviting my youngest child to my wedding, my fiancée doesn’t like her’

Wedding planning can be extremely stressful – especially when it comes to the guest list.

While you might want to invite every extended relative, your budget may not allow for it – and it can be tough deciding which of your friends can attend.

But normally – there are no quibbles over whether your own children can attend.

One dad faced a slew of criticism after admitting he doesn’t plan to invite his nine-year-old daughter because she’s not as sophisticated as her 18-year-old sister.

Taking to Reddit, the 46-year-old groom asked for views on whether he would be an “a**hole” for only inviting his 18-year-old.

He wrote: “My fiancee is a very sophisticated person and has exquisite tastes.

“She also does not really care for young children and that has created tension between her and my youngest daughter.”

Their ceremony was originally delayed by Covid, but the couple is finally going ahead with their “lavish and expensive wedding.”

The man continued: “Due to the nature of the wedding and my fiancee’s preferences, our wedding is going to be childfree.

“We will, however, be inviting my oldest as she is no longer a child, and because, unlike my youngest, she and my fiancee get along well.”

Naturally, this exclusion hasn’t gone down well with his youngest daughter, whose mum left her when she was six years old.

“I didn’t realise my youngest expected to come to the wedding,” the dad admitted.

“She tried to tag along with my fiancee and my oldest when they were going shopping for a dress for my oldest because she thought she needed a dress too.

“I explained to her that the wedding was going to be for adults only and she wouldn’t be attending. She started crying and getting mad which stressed out my fiancee.

“She has been distraught about this for days and hasn’t let it go.”

His parents have now become involved – and told their son they won’t attend if their grandaughter isn’t there as they’ll be spending the day with her.

But the man still doesn’t agree as the “wedding would not be suitable for a child.

He added: “I don’t want my fiancée to have to deal with my daughter on the most important day of her life.

“My parents told me I was being a terrible father by prioritizing my fiancée over my daughter and that on the day of the wedding they would take my daughter out for a special day, which means they wouldn’t be at the wedding.”

On Reddit, lots of people urged the man to reconsider the whole marriage.

One commented: “She’s a nine-year-old. I mean come on.

“Your fiancé should not be your fiancé if she can’t love your kid. That’s about to be her mother and your prioritisation is going to ruin your relationship with your daughter long term, especially if you don’t let her attend the wedding.”

“What a terrible way to start your life with this person. You are literally giving this woman permission to treat your NINE-YEAR-OLD daughter like a second-class citizen from the get-go,” blasted another.

A third succinctly added: “I don’t know why you are marrying a woman who isn’t willing to take you and your children as a whole package, and you’ve handled this entire situation terribly.”