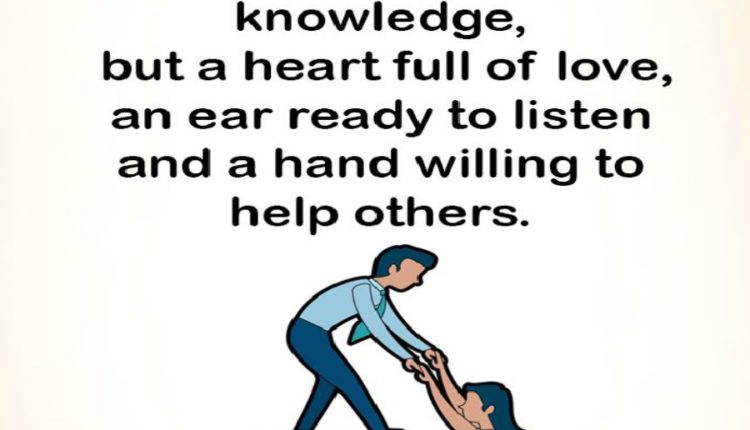 What I’m saying is that helping others should be done as much as possible. Looking for ways to help others doesn’t just have a positive impact on the people you’re helping, it’s good for everyone. We should want to help others succeed in life because that, in turn, helps ourselves.

1. It makes you happy: the science of a “helper’s high”

Most of us want to feel like our lives mean something – that we’re making a positive difference in the world. So it’s not surprising that several studies have shown how helping others can boost our sense of happiness.

One study showed that helping others through volunteer work increased levels of happiness in the participants.
In another study, people were given money to either spend on themselves or give to charity. Those who gave to charity felt happier.
Happy workers are more likely to report that they regularly help others.
Some studies have shown that children under the age of two report being happier when they give treats away rather than receiving treats themselves.
Scientists have been studying a phenomenon called “helper’s high”: helping others releases endorphins which, in turn, improves mood and boosts self-esteem. In short, helping others feels good. It’s possible that helping others does more for the happiness of the person helping than the person who receives the help.

2. It builds stronger social connections to friends and community

Helping others isn’t a one way street where you do something good for someone and then you both go about your way. When you’ve touched someone’s life in a positive way, you feel connected to them; it’s a bonding experience. It builds trust through cooperation which not only brings them closer to you, it brings you closer to them.

When you choose to help others, especially if it’s face to face, you’re entering their lives in a positive way, reinforcing social connections as you go.

It reminds me of that student’s mother I met. If I hadn’t helped her son so much, I would never have met her – she’d have no reason to meet me. Because of my actions, I made another positive connection to the people around me.

3. You adapt better to stress and adversity by building resilience

It may seem strange, but helping others doesn’t add more stress to your life, it actually helps us manage stress better.

In one study, college students took an immersion trip where they helped the poor. Those who took this trip were assessed months later and were found to manage stress and adversity much better than their peers.

It’s about perspective. By looking at the challenges of others’ lives, you can take that point of view into your own. It makes you more accepting of the stress and hardships we all have to face.

Sometimes we lose that perspective in a culture obsessed with celebrities living glorified lives, seemingly carefree. But helping others takes us back to reality by reminding ourselves that most people struggle – and that it’s ok if we do too.

4. It’s good for your career

There are many factors to think about when trying to find a satisfying career: autonomy, creative freedom and meaning are a few examples. But one of the biggest things to consider is how your work impacts others.

People who work as a medical professional, psychologist, religious figure or firefighter often give high ratings of job satisfaction. The connection between all of these professions is that they all help people on a regular basis.

Those who are happiest in their job, more committed and less likely to quit make it a priority to help others – either co-workers or customers.

What’s the goal of a business? One answer might be making money by selling a product or service. Yes, that’s true. But I’d take it a step further: businesses make money by finding ways to help people.

Look at these examples:

Google was created to make searching the internet easier and faster, with better results.

Gyms earn money by providing a place to exercise.

Businesses often seem shady because they’re seen as money-driven. The image of a corporate raider using sneaky tactics to weasel their way through a system is commonplace, and there is some truth to it. Not all companies help others – cigarette companies for example.

But the companies that do best, focus on helping others and solving their problems. Both Steve Jobs and Henry Ford revolutionized the world by solving problems people didn’t even realize they had. Businesses that solve problems in the best and cheapest way will win – and we win right along with them. 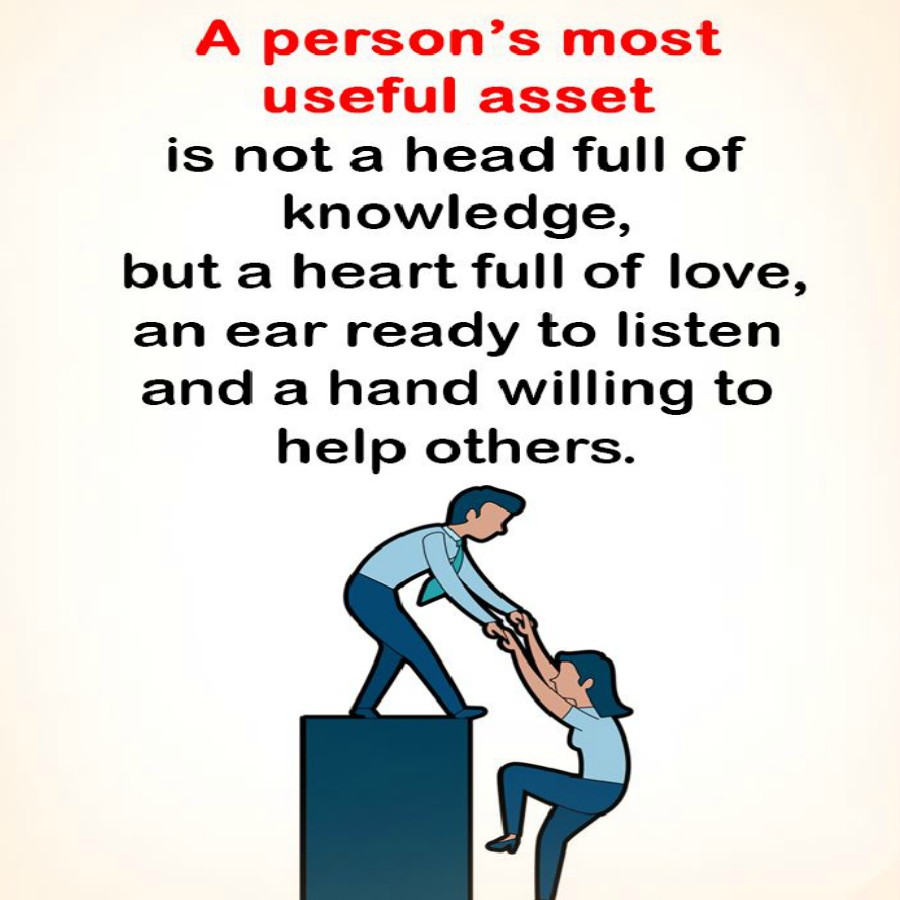 6. Better health; it can make you live longer

If you want to live longer, be a giver. At least that’s the conclusion of a huge study on volunteer work. The link between better health and helping others is striking.

It lowers rates of depression and puts you in a better mood.
It lowers your risk of dying by at least 22%.
It’s good for your mental health.
The researchers were careful to not draw conclusions about why helping others is so good for health, but it probably has something to do with the social contact we make while doing it.

We’re hardwired for social interactions which includes a lot of touch, eye contact and smiles. Such interactions release a hormone called Oxytocin which helps us bond and care for others and helps us manage stress. Not only that, but doing good makes us happier which, in turn, makes us healthier.

7. It can help you find meaning in your life

There’s a link between helping others and finding meaning in your life. And it’s not just those who have already found purpose giving back. Instead, helping others can actually CREATE a sense of meaning in our lives.

Helping others fulfills some of our most basic needs such as connecting with others and seeing how your actions make a positive difference. Those are the areas that help define a meaningful life.

The idea that there is a link between a meaningful life and helping others is actually a rather old one. Carol Ryff, a psychologist, reviewed the writings of numerous philosophers and thinkers throughout history and found one overarching ideas: that helping others is “a central feature of a positive, well-lived life.”

A meaningful life isn’t found, but created through our actions. And it starts with looking for ways to help others.