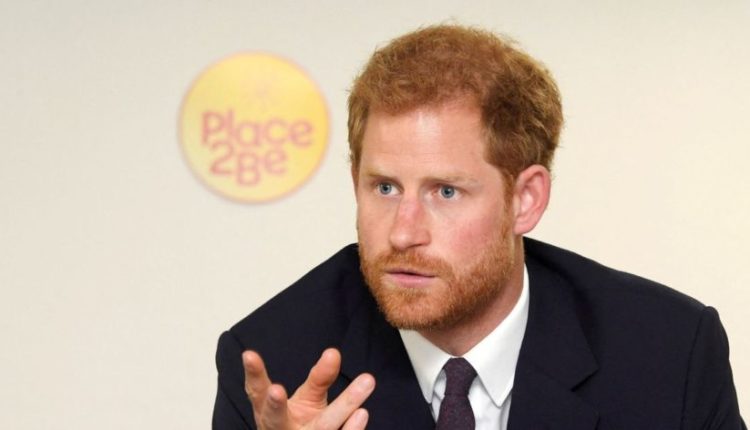 Prince Harry will risk being “permanently divorced” from the Royal Family if he returns to the UK unapologetic, a royal expert has warned.

The Duke of Sussex is due to travel for the funeral of his grandfather Prince Philip on Saturday, although pregnant wife Meghan will remain in the US on doctor’s advice.

And it is hoped that the circumstances of Harry’s return will help heal the rift growing between himself and brother William.

The brothers are set to stand shoulder to shoulder behind their grandfather’s coffin, united in grief.

It will be the first time Harry has met other members of his family since the bombshell interview he and wife Meghan had with Oprah Winfrey.

And biographer Tom Bower says Harry must not be unapologetic for recent events, or he risk being “permanently divorced” from the family.

Writing in The Sun, he said: “Now, Harry faces a moment of reckoning. The negotiations for his return to Britain for the funeral are certain to be fraught.

“The tension will not be helped by the small number of mourners allowed at the funeral — just 30 because of Covid restrictions.

“Much will depend on whether Charles and William are willing to seek reconciliation.

“That will depend on Harry himself. If he arrives as a self-righteous, unapologetic warrior, he risks sealing a permanent divorce from his family.

“If, in the sight of Philip’s coffin and his grieving grandmother, he is contrite, he might begin to rebuild a relationship with Charles and William.”

Mr Bower said he expects the Queen to use the opportunity in the days after her husband’s funeral to try to broker peace.

On Saturday, it emerged the Duke of Sussex will make the journey from the couple’s home in California and will be following Covid-19 protocols.

It is understood that Meghan, who is pregnant with her second child, had made every effort to join her husband but was not given clearance to travel by her doctor.

The duke and duchess posted a tribute to Philip on the website of their foundation Archewell on Friday.

It reads simply: “In loving memory of His Royal Highness The Duke of Edinburgh 1921-2021

“Thank you for your service… You will be greatly missed.”

Harry has not returned to the UK since stepping down as a senior royal just over a year ago.

He and wife Meghan accused the royal family of racism and the institution failing to support a suicidal Meghan in the Oprah interview.

The two-hour interview was aired while Philip was in hospital after surgery on his heart.

The Queen issued a statement saying “while some recollections may vary”, the issues would be taken “very seriously”, but dealt with privately as a family.

The Duke of Cambridge, in a rare move on a royal engagement, spoke out publicly saying “We’re very much not a racist family”, as the royals’ ability to carry out official duties linked to diversity, inclusion and mental health was called into question.

Harry told Oprah Winfrey that he felt let down by his father the Prince of Wales and that “there’s a lot of hurt that’s happened” between them, and that his relationship with his brother William was “space” but he loved him to bits.

Currently, funerals can be attended by a maximum of 30 people due to Covid-19 restrictions.

Mourners coming from outside England are required to self-isolate from arrival and for the first full 10 days after they arrive.

But Harry will be entitled to leave his place of self-isolation on compassionate grounds to attend the funeral.

He could also be released from quarantine if he gets a negative private test on day five under the Test to Release scheme.