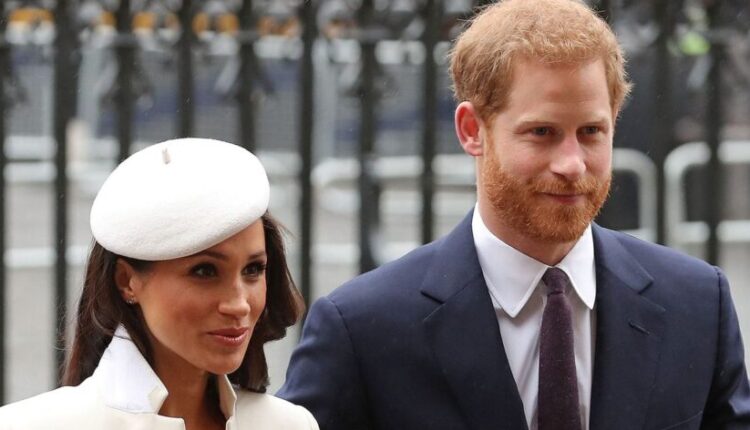 A royal expert has cast doubt over whether Prince Harry will return to the UK as planned for the unveiling of a statue of his mother Diana on what would have been her 60th birthday.

The Duke of Sussex had been expected to return to the UK for the event on July 1, which would see him reunite with brother William and dad Charles in London.

He briefly jetted back from California last month for the funeral of Prince Philip, and was pictured chatting to William after the ceremony.

It raised hopes that the well-publicised feud between the pair could be laid to rest, but talks between them were said to be tense.

Now Phil Dampier, who penned Royally Suited: Harry and Meghan In Their Own Words, said he believes Harry is unlikely to travel without wife Meghan, who is expecting the couple’s second child.

He told The Sun : “I personally don’t think Meghan will return to the UK.

“And there must now be a serious doubt as to whether Harry will come over for the unveiling of a statue for Princess Diana on what would have been her 60th birthday in July.”

But not everyone agrees.

Biography Omid Scobie, wrote in Bazaar.com last month: “He will join William at Kensington Palace’s Sunken Garden for a ceremony that was rescheduled from summer 2020.”

Yesterday the Mirror reported that Harry had made the “opening move” to repairing his relationship with his family, but they were “very strained”.

Just weeks before Prince Philip’s death, Harry had publicly claimed his relatives were “trapped” and claimed Charles had stopped answering his calls.

In the bombshell interview with Oprah Winfrey, he also admitted that his relationship with William was strained.

But there was a glimmer of hope after Harry and William were seen talking following the Duke of Edinburgh’s funeral at Windsor Castle earlier this month.

Mr Dampier said: “The discussions after Prince Philip ’s funeral were a start, but were clearly very strained and only an opening move.”

He said that with Harry and Meghan expecting their second child, a baby girl, they have “all they want to make them happy if they are going to be”.

Mr Dampier continued: “To carry on a war with Harry’s blood family is unnecessary and counter-productive, and the sooner they realise that the better.”

Buckingham Palace has remained tight-lipped following the bombshell interview, which aired on March 8 in the UK, beyond the Queen’s statement reiterating any issues would be dealt with privately.

But royal sources told Vanity Fair’s Katie Nicholl some in the Firm are concerned Harry and Meghan “want to keep fuelling the soap opera”.

One source close to Prince William also claimed: “There’s a lack of trust on both sides which makes moving forward very hard.

“William is now worried that anything he says to his brother will be plastered over American TV.”

Meanwhile, William and Kate marked their landmark ‘tin’ 10th wedding anniversary with a new video showing them spending time with their children.

The Duke and Duchess were seen playing with George, seven, Charlotte, five, and Louis, three, in several outdoor settings.