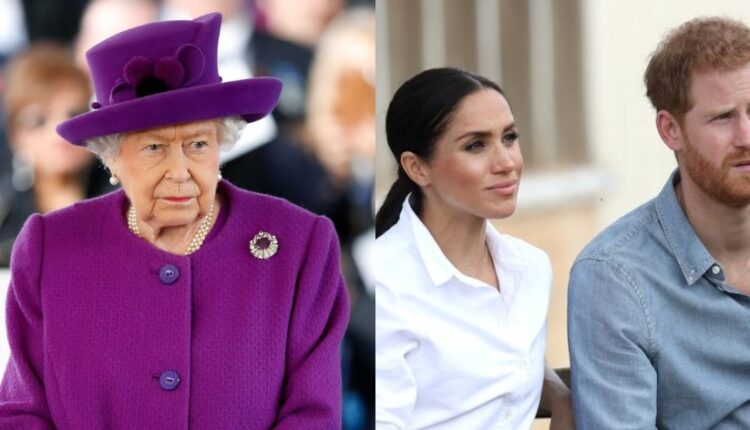 A royal author has accused Prince Harry of being “disrespectful” to the Queen for the planned release of his memoirs in the monarch’s Platinum Jubilee year.

Phil Dampier said that any chance of a reconciliation with the royal family now was hanging precariously in the balance.

His criticism comes as news broke yesterday by publishing house Penguin Random House that the prince was writing an “intimate and heartfelt memoir”.

Harry added: “I’m writing this not as the prince I was born but as the man I have become.”

The memoir, he said, would catalogue the “highs and lows” of his life right up to his stepping back from the royal family.

He added: “I’ve worn many hats over the years, both literally and figuratively, and my hope is that in telling my story – the highs and lows, the mistakes, the lessons learned – I can help show that no matter where we come from, we have more in common than we think.

“I’m deeply grateful for the opportunity to share what I’ve learned over the course of my life so far and excited for people to read a first-hand account of my life that’s accurate and wholly truthful.”

The memoir is expected to be published in 2022 – the year of the Queen’s Platinum Jubilee which marks the monarch’s 70 years on the throne.

Mr Dampier told The Sun Online : “If Harry had any intention to patch things up, he would appreciate that the next year should be really concentrated on the Queen’s Platinum Jubilee.

“To release his book in the same year as that is disrespectful. The timing couldn’t be worse.”

He added that the book would cause “more hurt” and would likely intensify the rift between Harry and his brother William.

A memoir from Meghan could well be on the horizon, he said, but he advised the couple to retreat from their public “moaning”.

The publishing house’s announcement said: “Random House is honoured to announce a forthcoming memoir by Prince Harry, The Duke of Sussex, to be published globally in late 2022.

“In an intimate and heartfelt memoir from one of the most fascinating and influential global figures of our time, Prince Harry will share, for the very first time, the definitive account of the experiences, adventures, losses, and life lessons that have helped shape him.

“Covering his lifetime in the public eye from childhood to the present day, including his dedication to service, the military duty that twice took him to the frontlines of Afghanistan, and the joy he has found in being a husband and father.

“Prince Harry will offer an honest and captivating personal portrait, one that shows readers that behind everything they think they know lies an inspiring, courageous, and uplifting human story.”

It is thought that Harry has already been working on the book for the past year with the help of ghostwriter and Pulitzer-prize-winner J R Moehringer, who has written memoirs for tennis legend Andre Agassi and Nike co-founder Phil Knight.

A first draft is said to be near completion.

Penguin Random House published The Bench, a children’s book by Meghan, Duchess of Sussex, in June.

News of the memoir comes as the royal family is still reeling from the bombshell interview the couple gave to Oprah Winfrey earlier this year.

In the broadcast, Meghan made allegations of racism against an unnamed member of the royal family.

Since then the already strained relations between Harry and William have been fraught.

Harry and Meghan now live in Montecito, California with their two children, Archie, two, and Lilibet Diana who was born on 4 June.

They made the break from the Royal family in what has been dubbed “Megxit” in an announcement in January 2020 and then moved to the US in March of that year.

Buckingham Palace said it would not be commenting.