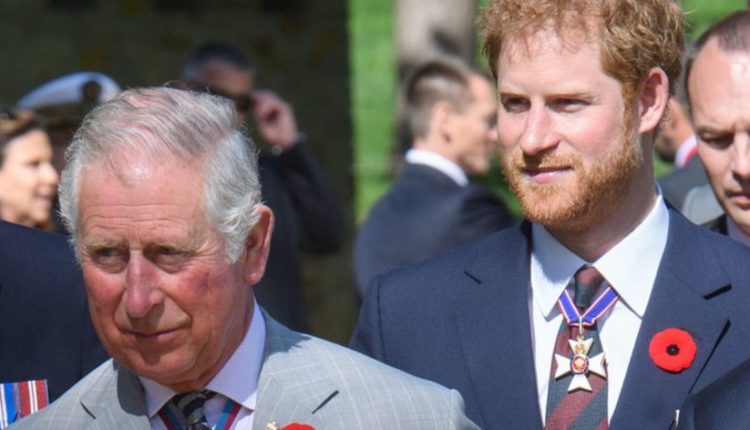 Harry failed to repair relationship with Charles during UK visit, insider claims – All the details

Prince Harry has failed to repair his shattered relationship with Prince Charles, who remains “very hurt” by his son’s comments to Oprah Winfrey.

The Duke of Sussex returned to the UK for Prince Philip’s funeral, the first time he’s seen his family for more than a year.

His relationship with his father was reportedly at “rock bottom” after he made a series of shocking claims about the royal family when he spoke to Oprah Winfrey with Meghan Markle.

And while Harry had the opportunity to speak to the Duke and Duchess of Cambridge after the moving funeral, their relationship is understood to be “extremely frosty”.

While the emotional trip did allow Harry and Charles to talk, the Duke is reportedly going back to the US with a “lot of ground to make up”.

An insider told The Mirror: A royal source said: “Truth be told, Harry didn’t really know what to expect before he came home, which is why he reached out before seeing everyone.

“He wrote a deeply personal note to his dad to try and set things straight but tensions are still running high and things haven’t exactly ironed out the way he had hoped.

“There had been a kind of unspoken agreement between everyone to park whatever has been on each person’s mind, and solely concentrate on supporting the Queen ahead of Prince Philip ’s funeral.

“The feeling inside the camp was that it wasn’t the time nor the place to go over things, especially at such an emotional time for everybody involved.”

Charles has since travelled to his Welsh home in Llwynywermod where he is working from home and continuing to observe the royal mourning period which ends on Thursday.

One palace insider said Charles was hoping to see his son again after Philip’s funeral but Harry told him he wasn’t sticking around.

The source said: “Harry didn’t expect everything to be completely back to normal but his feeling after seeing his family was there is a lot of ground to make up.

“Whether that is harder or easier to do on the other side of the world remains to be seen.

“There is a lot of distrust in the camp and everything is still very, very raw.”

Ahead of his visit, Harry was reported “forced to write letters” to his dad due to a “complete communication breakdown”.

In the “deeply personal note”, the Duke is said to have explained why he and Meghan Markle decided to quit their senior roles and move to Canada and then the US with their son, Archie.

But the Prince of Wales remains “very hurt” by Harry’s decision to appear in a tell-all interview last month with US chat show queen Oprah Winfrey, while the Duke of Edinburgh was seriously ill in hospital.

In their interview, Meghan and Harry accused an unnamed royal of asking questions on Archie’s skin colour and the Duchess claimed she was denied help for her mental health.

Meghan said that Kate made her cry and Harry told Oprah his father and brother were “trapped” by the institution and couldn’t leave if they wanted to like he had done.

Palace insiders revealed both future kings were “outraged” at the suggestion.

William is understood to be at odds with how to deal with him after Harry and Meghan launched an all out attack on the family during the two hour TV interview watched by 80 million.